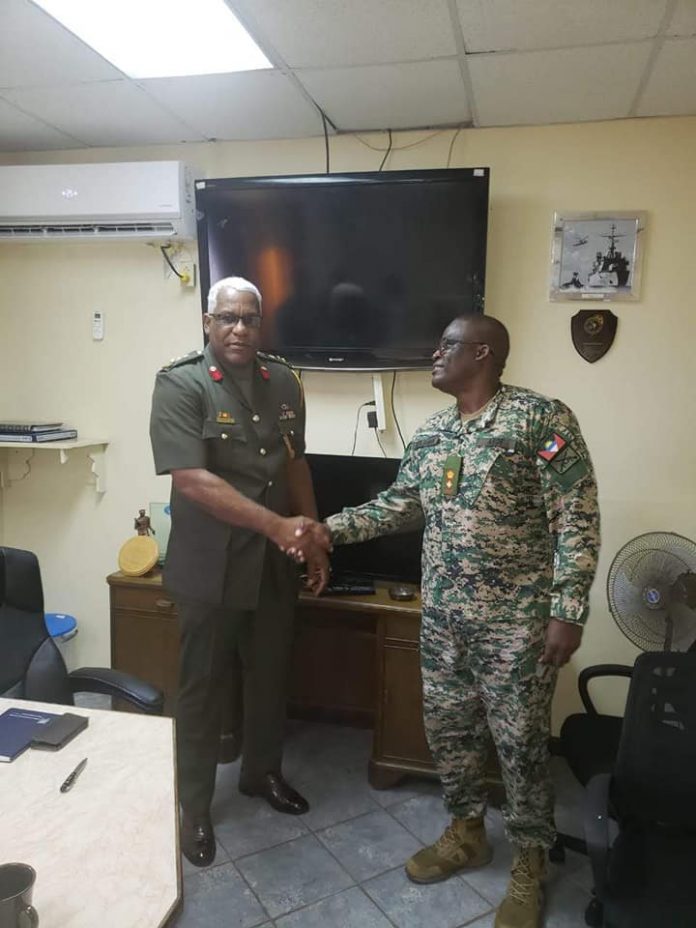 On  March 2O, 2020 Colonel Sir Trevor Thomas, KCN, Chief of Defence Staff will be retiring from the Antigua and Barbuda Defence Force and will hand over command of the Force to incoming Chief of Defence Staff, Colonel Telbert L. Benjamin at a Change of Command Parade at the Sir Vivian Richards Cricket Stadium.

Incoming Chief of Defence Staff, Colonel Telbert L. Benjamin enlisted in the Antigua and Barbuda Defence Force in 1995 and has held numerous appointments to include Platoon Commander 1997 to 2002, Tactical Advisor to the Commissioner of Police for CWC 2007 from 2006 to 2007, Company Commander from 2007 to 2009, Staff Officer Operations and Training in the Force HQ from 2009 to 2019, and Commanding Officer 1st Battalion Antigua Barbuda Regiment from 2019 to 2020.

In addition to the appointment mentioned he was the liaison officer to the Conference of the Armies of the Americas (CAA) from 2010 to 2017 and Liaison officer to the Conference of Defence Ministers of the Americas from 2013 to 2017.  Colonel Benjamin has also been a member of the directing staff of the Regional Security System Staff and Command course, eventually rising to the post of Academic Director.

The Change of Command Parade to be held at the Sir Vivian Richards Stadium on 20th March, is the first of its kind in the history of the Antigua and Barbuda Defence Force.

The Defence Force was established in 1897 and consisted of 1 company of Infantry and 1 company of mounted cavalry.  Most males between the ages of 18 and 45 who earned more than 50 GBP annually were required to serve.

In 1914, the Force was put on active service due to the commencement of the 1st World War.  During the period of the 2nd World War, the Antigua Defence Force became part of the Leeward Islands Battalion and towards the end of 1943, ADF members were deployed to Europe as part of the 1st Battalion, The Caribbean Regiment and returned in 1946.  The Force was disbanded in 1952 as it had no Headquarters and was reactivated in 1956 under the Command of Captain E.M. Blackman.