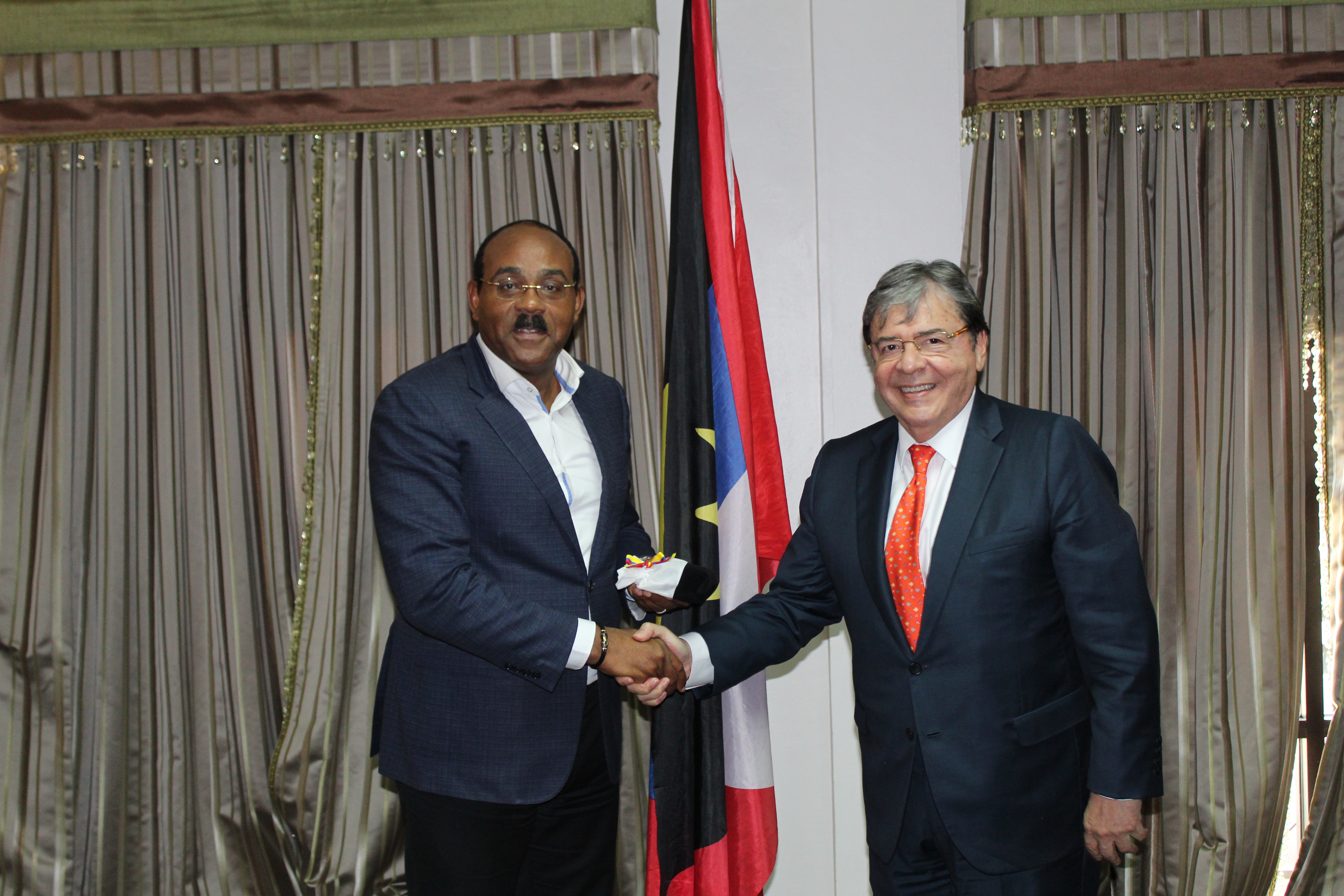 Colombia’s Foreign Affairs Minister Carlos Holmes Trujillo Garcia has pledged to further Antigua and in sports and other areas.

The minister paid a courtesy call on Prime Minister Gaston Browne on Monday.

At the onset of the meeting, the Prime Minister extended a warm welcome to the Colombian Foreign Minister and expressed his appreciation for the bilateral cooperation extended in the realms of agriculture, and disaster risk management. He also affirmed that South-South cooperation is vital for the enhancement of the potential of the countries of the region.

In response, the Colombian Foreign Minister underscored that the main purpose of the courtesy call was to further deepen the friendship between Antigua and Barbuda and Colombia and to pave new avenues for future cooperation possibilities. He informed that the promotion of sustainability and entrepreneurship are among the main priorities of the Government of Colombia.

In addition, during the meeting, Minister Trujillo and his delegation touched upon Colombia’s readiness to build local capacity in Antigua and Barbuda in the areas of sports, early childhood education, and the creative industries, now known as the “orange economy.”

In response, the Prime Minister noted the proposals and expressed his enthusiasm to embark on the offers of collaboration. The Prime Minister subsequently stated that the Government of Antigua and Barbuda is keen to assist young people to develop the skills needed to produce globally-competitive products, including in the area of creative industries.

Prime Minister Browne also stressed that both sides should seek to increase bilateral ties in areas such as bilateral trade and investment, and spoke of the need for more people to people exchange to move the relationship forward.