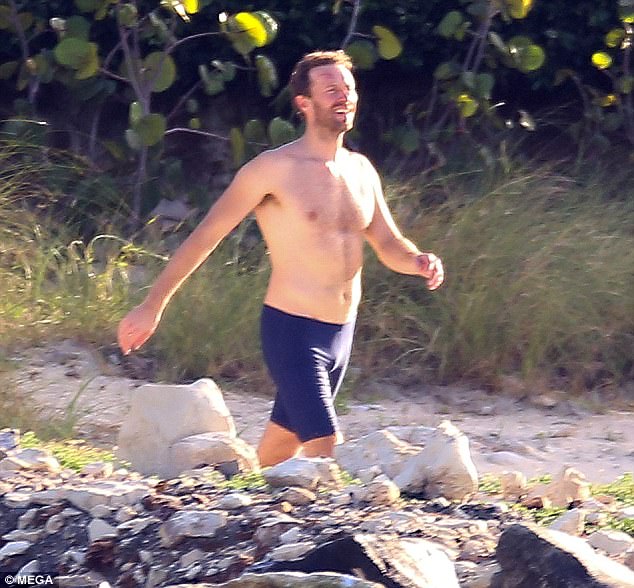 By TRACY WRIGHT FOR DAILYMAIL.COM

They’ve put on a united front since they ‘consciously uncoupled’ nearly four years ago.

And Chris Martin, 40, and Gwyneth Paltrow, 45, proved they’re still the friendliest of exes as they enjoyed a festive family holiday with their children, Apple, 13, and Moses, 11, in Antigua. 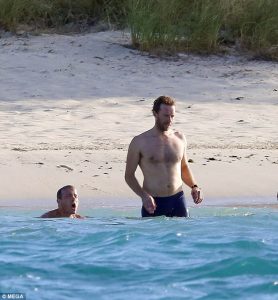 The Coldplay frontman was shirtless as he ran across the beach before making a splash in the warm Caribbean waters, just days after going public with new girlfriend, Fifty Shades Of Grey star Dakota Johnson, 28.

The British musician seemed in high spirits as he jumped into the ocean with a male friend.

Gwyneth had just made her exit with daughter Apple, 13, as the pair wrapped up in crisp white towels before heading inside to the family’s residence. 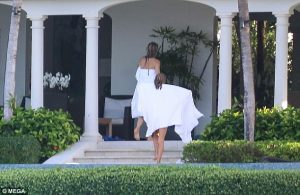 Chris was recently seen canoodling with actress Dakota Johnson, 28, on a trip to Paris, France.

In March, Gwyneth shared an adorable photo of the family with the caption: ‘HAPPY 40th BIRTHDAY to the best daddy in the world!!! We love you so much!’

The decision to remain close despite their break-up was not easy, and Chris admitted to suffering from depression after the split in an interview with the Sunday Times in March 2016.

‘I still wake up down a lot of days. But now I feel like I’ve been given the tools to turn it around,’ he said.