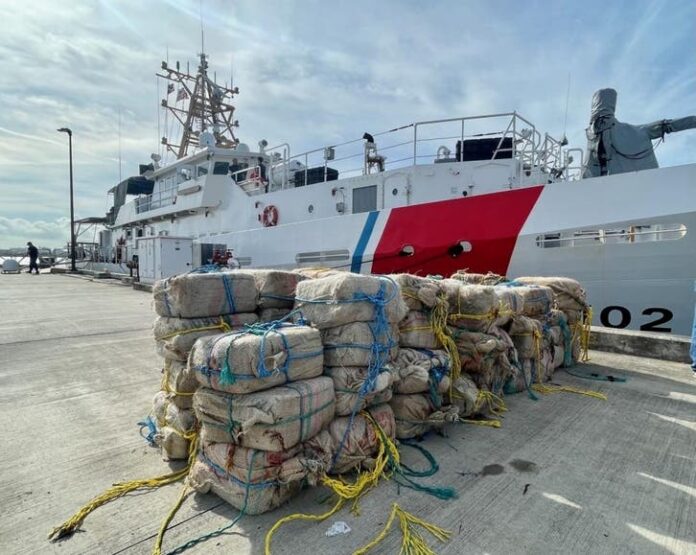 The U.S. Coast Guard seized $51 million of cocaine in an at-sea drug bust near the coast of Anegada, British Virgin Islands. The Coast Guard Cutter Richard Etheridge intercepted a go-fast vessel attempting to smuggle n1,700 kilograms of cocaine, according to a statement release by the Coast Guard.

As the cutter Richard Etheridge closed in on the go-fast vessel, the smugglers proceeded to jettison their cargo and flee the area at high speed. The Coast Guard helicopter crew ultimately helped the cutter locate and recover 57 bales of cocaine. The seized cocaine has an estimated wholesale value of approximately $51 million dollars.

“Despite the challenging sea state conditions and thanks to the close collaboration and coordination with our Royal Virgin Islands Police partners, our crews did an outstanding job in disrupting a major shipment of cocaine and keeping it from ever reaching the streets,” said Capt. Gregory H. Magee, Sector San Juan commander.