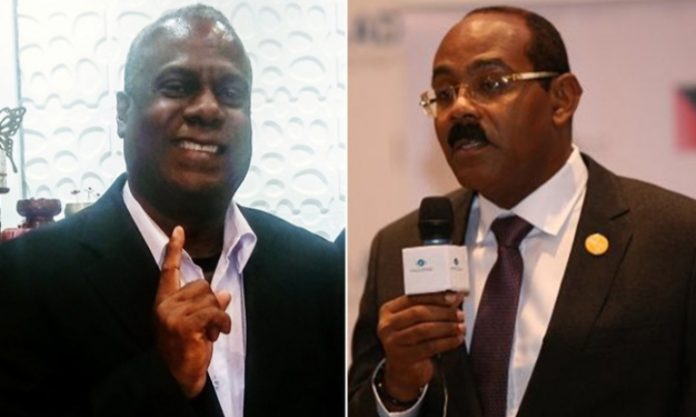 We, a Concerned Group of Ministers, members of a ministers’ fellowship who meet monthly and is drawn from across various denominational bodies wish to express our abhorrence of the recent virulent denigration on one of our fellow ministers by the Prime Minister on one of our members.

The Constitution of our beloved nation is clear and without ambiguity as it relates to freedom of expression and association. As a consequence, therefore, any person of whatever persuasion is entitled to this guaranteed freedom.

Ministers of religion are called of God and He has placed certain gifts in the church for the edification and the perfection of the flock. Additionally, they are the watchmen and guardians of the nation to ensure that Biblical principles are advanced in the state. They are to ensure that righteousness, justice and equality are promoted for the well being of all.

Ministers of religion stand in the gap representing the nation before the throne of God. They officiate at functions to offer prayers when this is necessary. They sign off on certain official documents, often times without any financial gains.

Ministers of religion must be concerned about the governance of the country and the type of leadership which prevails. Psalm 33:12 “Blessed is the nation whose God is the Lord; and the people whom he hath chosen for his own inheritance”.

“Except the Lord build the house, they labor in vain that build it; except the Lord keep the city, the watchman waketh but in vain” (Psalm 127:1).

So the question is what role should the church play in politics and what is politics? When we speak of the church, we mean both the individual believer and the corporate body. Politics relate to activities relating to building civil society. Scriptures and history clearly support the church’s involvement in politics. Joseph, Moses, David, Nehemiah, Shadrach, Meshach, Abednego were all involved and spoke of social concerns in Israel, Judah and surrounding nations. Jesus Christ and his representatives in the New Testament spoke about abuse of power and tyranny.

Also in the New Testament, we have Sergius Paulus, the Roman proconsul who was converted to Christianity and remained in office. Jesus said that Christians were to be salt and light in the world, the yeast of the dough of society. We are to exercise kingdom influence for the benefit of all.

William Wilberforce was an English Christian politician who abolished slavery because of his strong Christian conviction. If Christians stand for truth and justice, they cannot but help, become involved in politics.

Consequently, politicians should not attempt to stifle the church, but, rather listen to the prophetic voice of the church. The church should become involved in politics when the good of the people is in jeopardy. The church has a moral obligation to be the voice of the voiceless Looking back in history, figures like Romero and Belo became involved in politics because of a corrupt government. A dictatorship’s strongest weapon is fear. When the people have their rights stolen, the church must intervene and give back the voice to the people.