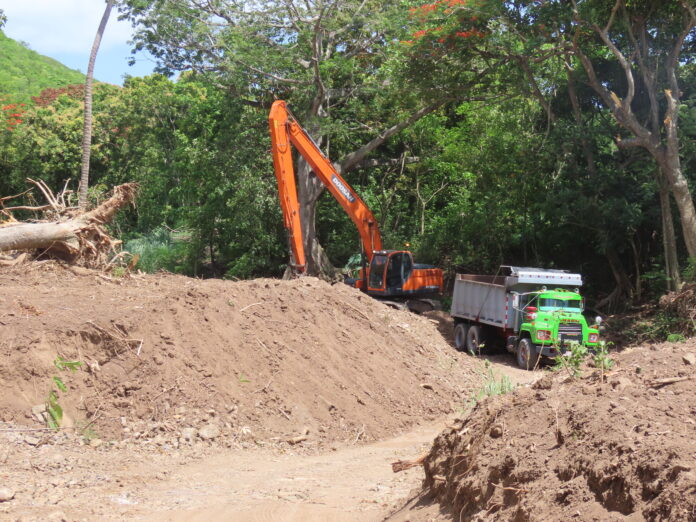 The Christian Valley Streamline Rehabilitation project is well on the way according to Project Consultant, Alvin Christian.

“We are still clearing, still shaping the sides except for the areas where we are proposing to put in the dams; we are reshaping the beds and the sides to reduce further erosion” Christian explained.

The duration nor the conclusion of this initial phase have not yet been determined, as making a definitive determination would be difficult because of the constraints which are beyond the Ministry’s control.

These hurdles include the lack of and the availability of adequate equipment.

The only heavy-duty equipment that is available and on site is the long boom excavator.

“As you are aware from last November, we began cleaning the stream, reshaping the sides, and removing all the debris.  The process forward, we have identified two sites adjacent to each other, where we are likely to put in two dams.  We are now doing the drawings and make the final determinations. As to when, I cannot say, but that’s the intent. Every other equipment used on the site had to be outsourced or came through someone else and so to determine the duration is virtually impossible” Christian said.

The schedule is done on a day-by-day basis which makes the progress slow but it will be done properly even though there is a limited resource on the implements and machinery needed.

“Whatever we do, we will do the best we can bearing in mind what we have to work with,” said Christian. 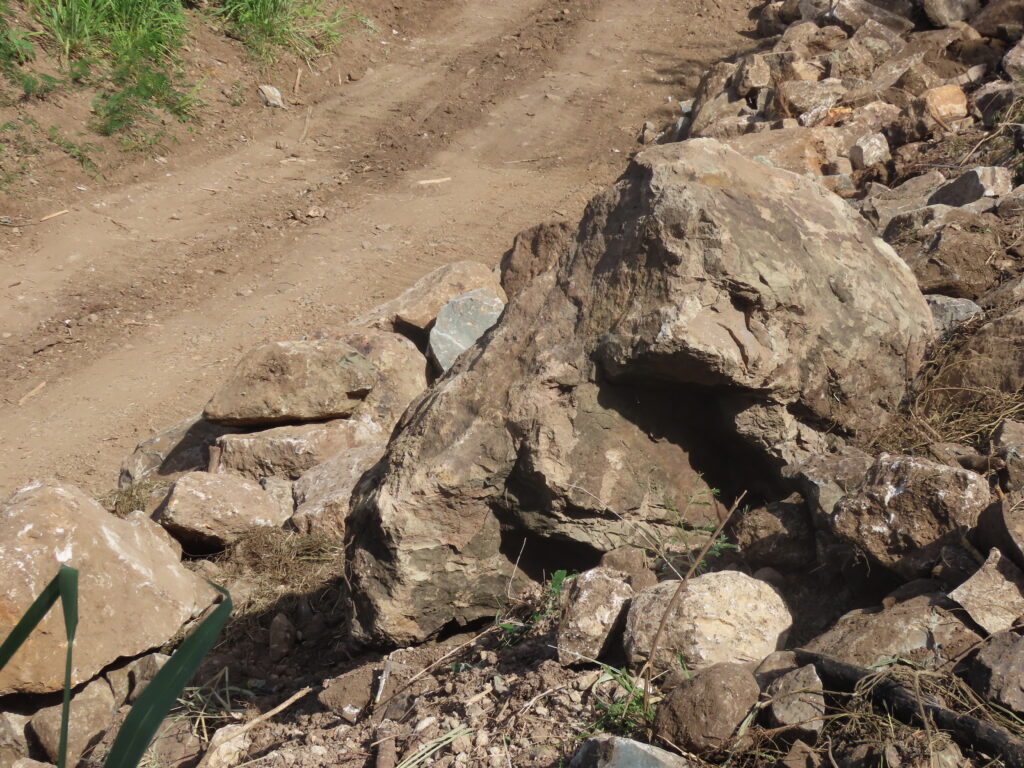 It is anticipated that this would reduce the rate of erosion and decrease the tantamount of soil loss which occurs annually.

Additionally, the repositioning of these boulders would also prevent loss of the boulders and add more security for the Streamline.

With the Hurricane season already in an activated mode, the time to act is now.

“We need to have the project completed sooner rather than later.  To mitigate is always the better option than having to do damage control.”