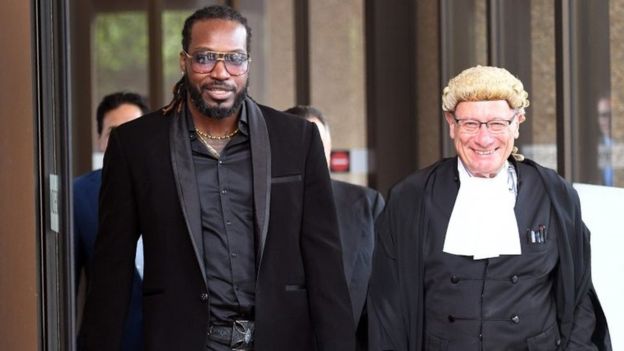 AFP SYDNEY: West Indies cricket star Chris Gayle on Monday won a defamation case against an Australian media group which claimed he exposed his genitals to a massage therapist.

The lurid accusations were made by Fairfax Media newspapers The Sydney Morning Herald, The Age and The Canberra Times in a series of stories in January last year.

They claimed the all-rounder exposed himself to team masseuse Leanne Russell in a dressing room at the 2015 World Cup in Sydney and “indecently propositioned” her.

Gayle denied the allegations, saying the journalists behind the story wanted to “destroy him”.

His teammate Dwayne Smith, who was in the changing room at the time, also denied the incident took place.

The media group had defended the articles on the basis the allegations were substantially true and in the public interest.

“At the end of the day I’m very, very happy,” Gayle said after the verdict, according to the Herald, adding that coming to court had been “very emotional”.

The publication of the stories followed an uproar after Gayle attempted to flirt with an Australian presenter on live TV, asking her out for a drink and telling her: “Don’t blush, baby.”