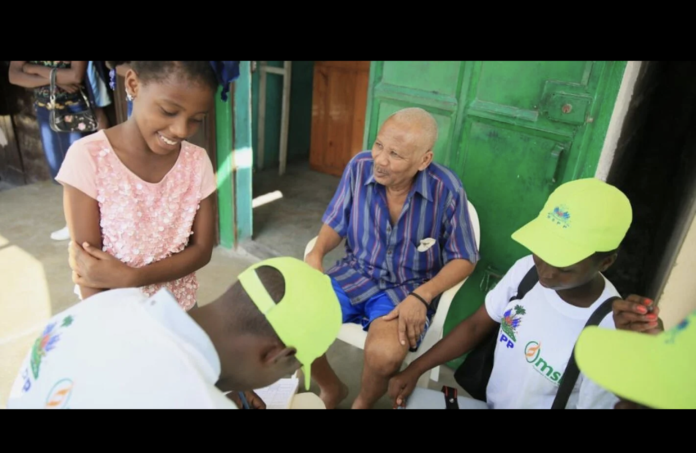 “Parallel health emergencies and fragile social, political and natural environments illustrate the importance of investing in and strengthening health systems,” the Director said today during a media briefing.

“We do not have the time to recover and prepare between health crises,” she added. After more than three years, Haiti last week reported a cholera outbreak just as the country was on the verge of being declared cholera-free.

As of October 9, national authorities confirmed 32 cases and 18 deaths, as well as over 260 suspected cases in the area surrounding the capital Port-au-Prince.

“Cholera has arrived amid serious ongoing social and political unrest,” Dr. Etienne said, which “complicate efforts to provide humanitarian assistance and to respond the outbreak.”

She added that cases are likely much higher than reported numbers, as escalating street violence and criminal activity limit access to the affected areas.

PAHO is supporting Haitian authorities and international partners in setting up cholera treatment centers. The Organization has donated two tons of medical supplies and is assisting the Ministry of Health in surveillance efforts and in the management of cases.

Turning to monkeypox, Dr. Etienne said that the Americas now report over 45,000 cases, accounting for 63% of the global total. Around 95% of these are among men.

And while the spread of the virus seems to be slowing down, more than 2,300 new monkeypox cases were reported in the Americas last week – the majority in the United States, but hundreds also in Brazil, Colombia and Mexico.

PAHO has started to deliver monkeypox vaccines in the region, Dr. Etienne said, with Brazil and Chile being the first countries among those that requested doses receiving a first batch last week.

“We know how to track this disease. We know who is most at risk. And we know how to keep people safe from infection,” Dr. Etienne said, urging countries to use this knowledge to drive down cases and end monkeypox transmission.

The PAHO Director said falling COVID-19 trends globally, including in the Americas, show “we may be transitioning from the acute phase of the pandemic into a phase of sustained control.”

But she warned this will only be possible with continued testing and increased vaccination. Just last week, the Americas reported 178,000 new COVID-19 cases.

While over 70% of people in Latin America and the Caribbean have now been fully vaccinated against the virus, many countries remain short of that target, with 10 countries and territories yet to reach the 40% mark.

The Director also made a renewed call for countries to act on polio by increasing vaccination coverage and surveillance. She said four countries in the region – Brazil, the Dominican Republic, Haiti and Peru—are at “very high risk” of polio transmission, and another eight being considered high risk.

Polio, a disease for which there is no cure or treatment, must stay in the past, Dr. Etienne urged. “With effective vaccines and decades of immunization experience, we have the power to keep it there.”

“Our Region is under pressure,” the PAHO Director concluded. “We must work quickly with the tools we have at hand to control these four health emergencies unfolding in the Americas.”