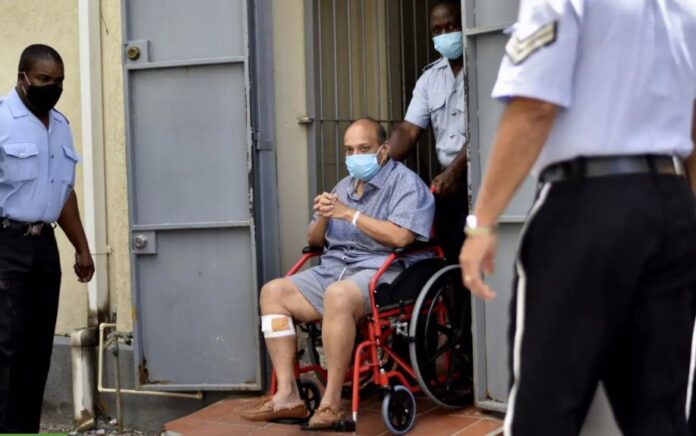 Rodney said three weeks ago, the Royal Police Force of Antigua and Barbuda held case management discussions into the matter.

He admitted that while there have been some major setbacks in the case, the matter is being investigated vigorously with assistance from regional and international agencies.

“We are working along with other law enforcement agencies both within the region and on the international level,” Rodney said.

Adding, “that matter has been under investigation and we recently had a meeting three weeks ago about case management and looking at all the angles.

Even from some of the allegations [Choksi] made, some of the suspects are not Antiguans and not in Antigua but whatever evidence we can gather from the Antigua point of view, we will continue to pursue that.”

Choksi was reportedly kidnapped and taken to Dominica on May 23, 2021, from Antigua.

Choksi and his legal team alleged he was abducted by Indian agents, tortured, and brought to Dominica in a vessel.

He alleged a Hungarian woman and two British citizens were among 7-8 people who abducted and took him to Dominica.

The Dominica Police booked Choksi for illegally entering the country following which the Indian government flew in a team of investigators in the hopes of securing his deportation.

Choksi filed a habeas corpus in the Dominica high court alleging abduction and torture and was sent back to Antigua on medical grounds.

In a 19-page report, Antiguan police concurred with the claims of Choksi that he was forcibly taken away by five persons and dropped in Dominica.

India’s federal investigators have been trying to extradite Choksi and his business partner, Nirav Modi, since they fled the country in 2018 and question them about an alleged $1.8 billion scam at a large, state-owned bank.