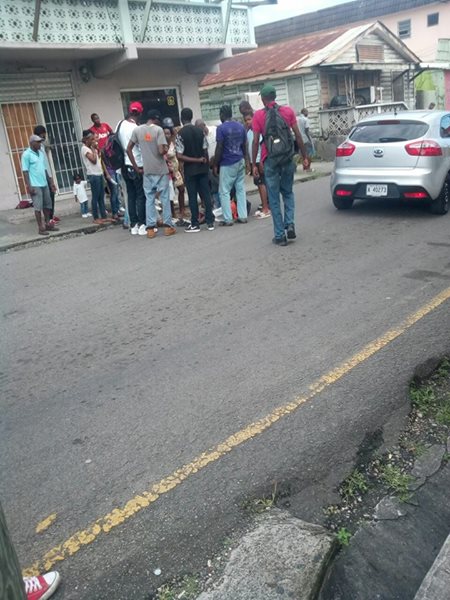 A student from the Villa Primary School was seriously injured in what eye witnesses say is a hit and run.

The boy who is approximately 10 years-old was crossing the road with other pupils when he was hit by a car.

The driver, said to be female, reportedly sped off. The incident occurred on Popes Head Street about 3:15 in the afternoon.

Someone who was in the area when the child was hit said he appeared to have suffered injuries to his foot. Blood was also seen coming from his mouth.

Emergency Medical Services arrived on the scene moments later and transported the boy to hospital.

Police officers arrived on the scene later to commence investigations. They did not speak to the media.

By that time scores of onlookers had gathered on the scene .

More details will be given when they become available