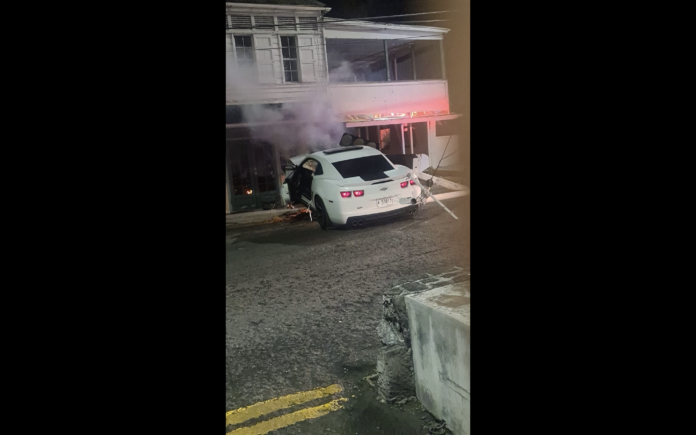 The Police have charged the man who was involved in a serious traffic accident in the heart of St. John’s on Sunday morning, February 27.  The accident downed a traffic light pole and caused a fire.

The Head of the Traffic Department, Assistant Superintendent of Police Rodney Ellis, says the driver of the white Chevrolet motorcar has been charged with dangerous driving.

Two people escaped serious injuries during that accident, which occurred just in front of the St. John’s Police Station and in which, Ellis says, speed was involved.

The vehicle, according to reports, burst into flames as a result of the impact, which caused the top portion of the stoplight pole to break.

Ellis says that drivers should traverse the roadways with more caution to avoid serious collisions such as these, which could have been fatal.

The Emergency Medical Service was summoned to the scene and transported both persons to the hospital.

Meanwhile, Ellis acknowledges that persons are continuing to drive carelessly on the roadways, and this has resulted in almost a dozen collisions in the past 24 hours. (REAL NEWS)