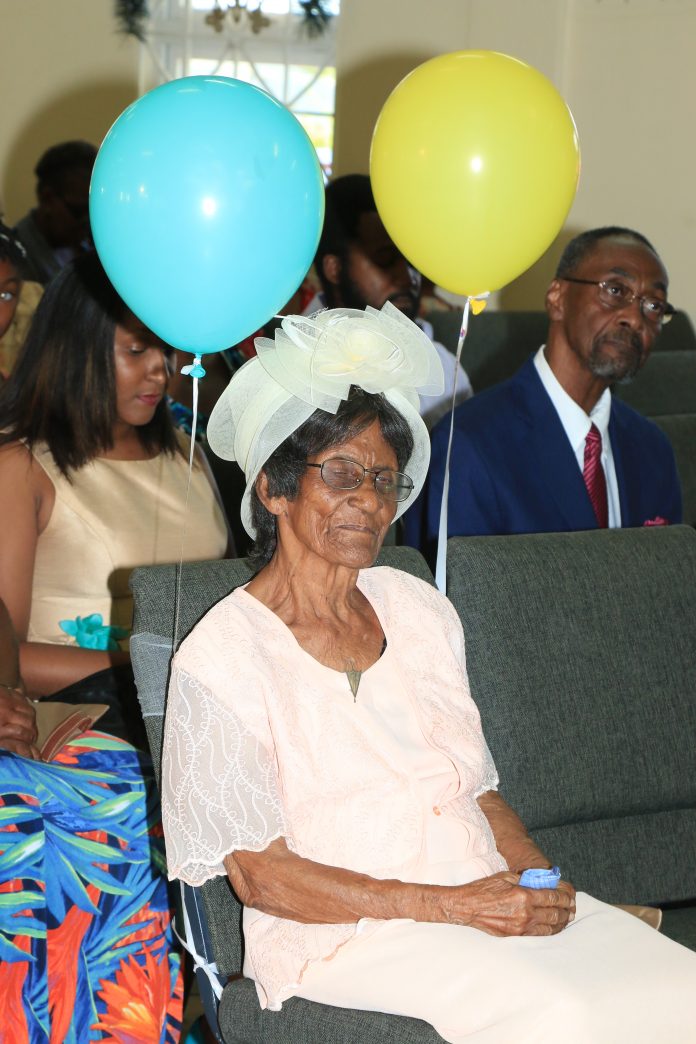 Growing up Miss Hodge attended the Moravian school at five years old and then moved on to the girls school at country pond. In later years, when the point school was built students of point attending girls school were relocated there, and she continued to completed her education until Seventh Standard. She says proudly she received and confirmed at the Moravian church on S. John’s Street.

She speaks often of old market and Icehouse at Brysons, where her caretaker was a butcher, and would reminisce on having different cuts meat. She also has many stories of growing up through her adult life to keep one entertained for hours.

Upon leaving school she earned her living by washing, cleaning, working in the canefield and picking cotton. When recalling places of employment she is quickto mention Langfords, Cedar  Valley and Wescot. She speaks of working at Miss Tavernier store selling cloth by the bale and hats. And then, when ladies needed a hairstyle she would fixed them up with plaits of rope or congo.

Through routine checkup with her doctor it was found that she had developed glaucoma and thirty-five years later she is completely blind. Inspite of this, she is by no means handicapped and still takes pride in doing many things for herself.

Sis Gladys is born-again believer and has been a member of the Villa Nazarene Church since it inception and remembers worshipping at Princess Margaret School before the church’s present location on Amy Byer Street. She loves her congregation and attends services every Sunday. She loves singing and when she gets up to testify of the goodness of her God, please give her time as she has so much to be thankful for.

She recently spoke on how she is forever grateful to God, as amny have passed on and she is still alive in this century on because of God’s Favour and mercy.

She has proudly raised of five of her fifteen grandchildren, all of whom love and highly respect and cherish her daily. Nene is a joy to sit and converse with, quite humorous and collective on current events because she listens daily to her favorite radio station and many other. 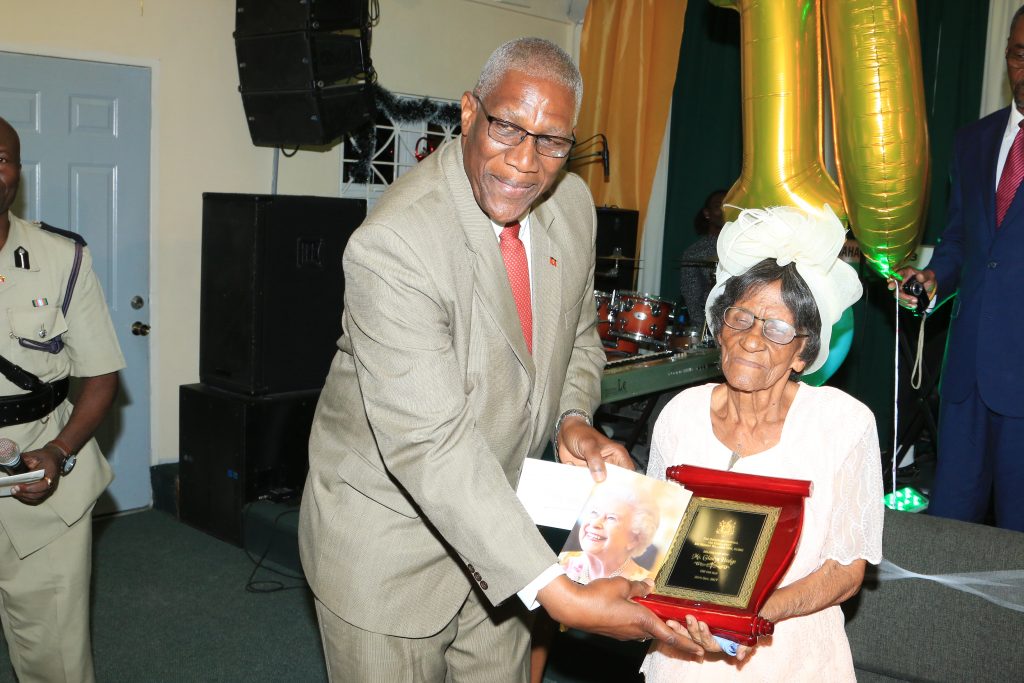