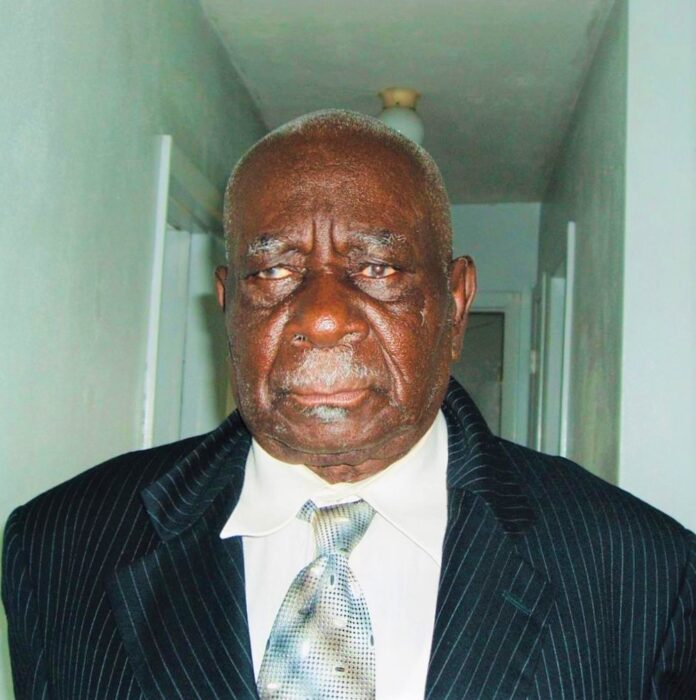 George Theophilus Benjamin was born on May 22, 1919 to parents,     Henrietta David and George Benjamin in the village of Ebenezer. He is the last of (10) children. In 1950 he married the love of his life, Gwendolyn Simon.

Over the years, Mr. Benjamin took delight in farming and could be considered a small farmer a profession which provided a means to support his family. He also worked as a laborer. He is a strong believer in the Christian faith and regularly attended the Cedar Hall Moravian Church. He cherishes a variety of music and he recalls many stories from his childhood. Often he can be heard humming songs like “Stand Up, Stand Up for Jesus” and “Jesus Loves Me” which are two of his favorite songs. He believes in many sayings like “the early bird catches the worm”, “a stitch in time saves nine” and “early to bed early to rise makes a man healthy wealthy and wise”. He is inspired by these quotes and recites them from time to time.

While he enjoys a variation of fruits and vegetables, his favorite food is “fungie and salt fish”.

In the late 1990’s he migrated to the United States of America where he currently resides in Miami, Florida.