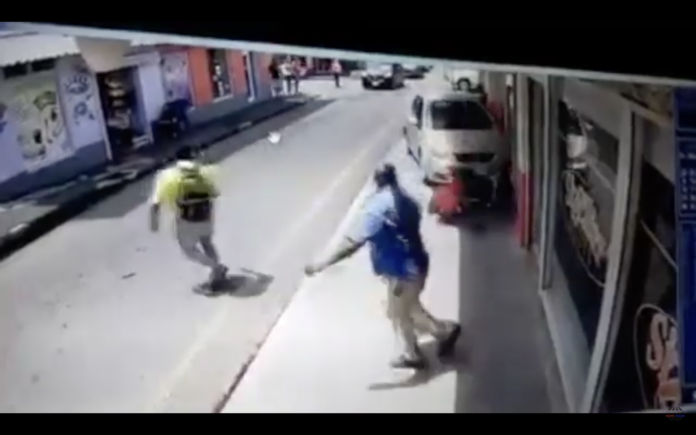 A 28 year old woman and her one year old daughter were injured on Market Street in St John’s Wednesday morning.

The woman was reportedly pushing the toddler in a stroller when they were hit by a car being driven by an 86 year old woman.

The incident happened about 11:30.

The elderly motorist reportedly lost control of the vehicle which then slammed into the sidewalk.

The mother and daughter were rushed to hospital; their injuries are not considered life-threatening.