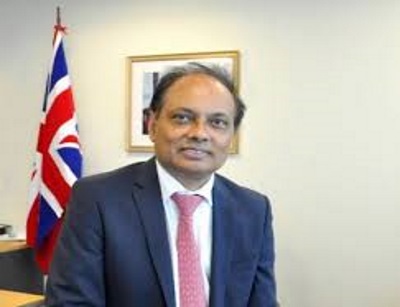 The Governor of the Cayman Islands, Anwar Choudhury, has been temporarily withdrawn from his post so as to allow the Foreign and Commonwealth Office (FCO) to investigate a number of complaints against him, Premier Alden McLaughlin has announced.

In a brief statement, McLaughlin said that he had been “invited to the House of Lords” on Tuesday night to meet with Lord Ahmad, Minister of State for the Overseas Territories.

“There the minister formally advised me that His Excellency the Governor, Mr. Anwar Choudhury, has been temporarily withdrawn from his post as Governor of the Cayman Islands to allow the Foreign and Commonwealth Office to investigate a number of complaints against him,” McLaughlin said.

He said that Choudhury, 59, a Bangladeshi-born British diplomat, who was sworn in as Governor in March 2018,  is currently in the United Kingdom and that the investigation is likely to last at least six weeks.

“The minister insisted that no further details could be provided at this stage and indicated that the Foreign and Commonwealth Office did not intend to make a public statement regarding the matter,” Premier McLaughlin added.

He said that during this period, Deputy Governor, Franz Manderson, will act as Governor and that he has already spoken with the Acting Governor “who confirmed that he had been similarly advised and that he was in post and had briefed Chief Officers.

“I have advised the Speaker, the Cabinet, the Government Caucus and the Leader of Opposition accordingly. While this development was unforeseen and is most unfortunate, I am confident that it will not affect the continued good governance of the Cayman Islands,” Premier McLaughlin added.