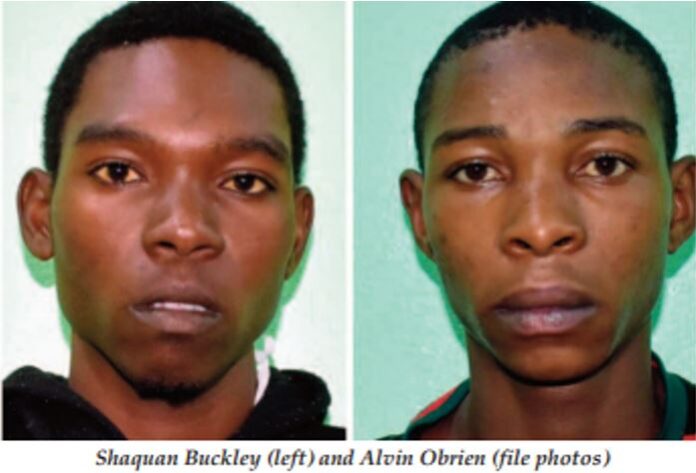 Two young men who have been charged with the possession of a firearm will have to wait one more week before a plea can be taken in their case.

This is because, for the second time, their lawyers were unable to attend their hearing yesterday in the St John’s Magistrates’ Court.

On January 11 this year, the police executed a search warrant at the Gray’s Farm home of 22-year-old Shaquan Buckley and reportedly found a .22 firearm and a .25 firearm hidden inside a bedroom. Nineteen-year-old Alvin Obrien was also said to be implicated, so the two young men were subsequently arrested and charged.

When the duo last appeared before Chief Magistrate Joanne Walsh in April, their lawyers — Michael Archibald (for Buckley) and Warren Cassel (for Obrien) — were not present.

The case was therefore adjourned until yesterday to allow for their lawyers to be present when the charges are read to them.

But again, because of the absence of their legal advocates, it had to be postponed to July 1. The defendants are currently on remand at Her Majesty’s Prison.