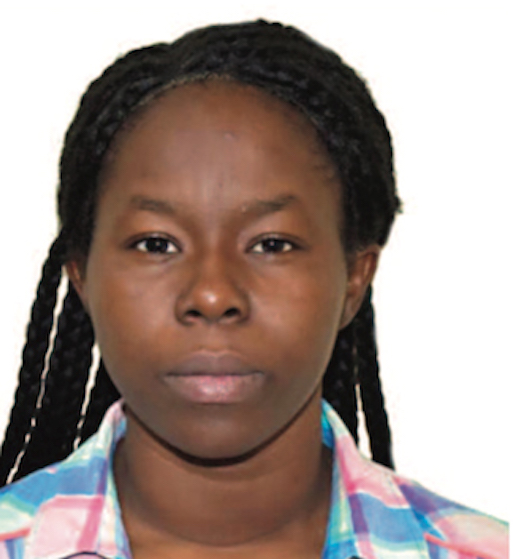 The shock experienced by family members of Kathy-Ann Isaac as she was taken away before they could say goodbye reverberated throughout the High Court yesterday.

The 35-year-old woman who was convicted of conspiring to rob the Carlisle Bay Resort in 2018 was yesterday ordered to serve two years and six months at Her Majesty’s Prison.

Isaac was charged with aggravated robbery in 2018 after she pretended to be a traumatised victim of a robbery at her workplace.

In a strange twist, just a week after the incident, the investigations pointed to Isaac being the person who masterminded the crime.

On the afternoon of June 30 2018, the resort was targeted by a lone gunman who was seen on camera grabbing bags of money which had been packed by two workers captured on surveillance camera emptying a safe.

Isaac, who worked as an account’s clerk at the hotel, and had been employed there for about 14 years, was one of those workers.

When Isaac and the other employee finished packing the gunman’s bag, accomplice Anthony “Thug Life” Govia — the brother of her boyfriend at the time — scurried off with about $100,000 in cash.

Govia, the accused gunman, is rumoured to have fled the country and has not been found by police to date.

In February 2020, the Urlings woman pleaded guilty to the crime before a High Court judge. However, in December of that same year after she retained a new lawyer — Wendel Robinson — that initial plea was vacated and Isaac admitted to the lesser charge of conspiracy to rob the hotel.

She reminded the court of Isaac’s police interview where she blamed financial difficulties and depression for her committing the crime.

The defendant even told the police that she was shocked and frightened during the ordeal because although she planned the entire act, while perpetrating the crime it felt “real now”.

She said the plan was to share the money with Govia, but she has not heard from him since the incident.

Justice Smith also noted that in a pre-sentencing report, the mother-of-four was said to be the president of a Parent Teachers Association and a great mother to her children.

Her father indicated that she was taught good morals by him and her grandmother after her mother passed away when she was just 12.

On the other hand, her former supervisor who is also the complainant in the case, described her attitude as hostile, uncooperative and disrespectful at times.

In a victim impact assessment, the complainant also told the court that the incident is lodged in her mind to this day and has resulted in frequent flashbacks, panic attacks and increased blood pressure.

Although the reports did not benefit Isaac in any way, two witnesses brought by her attorney spoke glowingly of her character.

Her lawyer also argued for his client to be given a non-custodial sentence based on the fact that her youngest child, who is seven months old, has a heart condition; she cooperated with the police; was placed on sick leave due to depression; had financial difficulties; expressed remorse; and feels foolish for having been played.

But the judge said that the main mitigating factors she applied in her sentencing was the fact that the defendant had no previous convictions, has apologised to the court, and is a mother-of-four.

The aggravating factors which the judge took into account were that the act had been premeditated, she conspired with her boyfriend’s brother for months, brandished a gun and that she was also the mastermind behind the crime.

Justice Smith noted that she had also consulted Acting Superintendent of Prisons Jermaine Anthony who informed the court that the female wing of HMP is in fairly good condition and none of the women there have tested positive for Covid-19.

In the end, Justice Smith began Isaac’s sentencing with seven years in mind, which is the maximum for robbery, but taking into account the forementioned factors, the sentence was reduced to two years and six months, with immediate effect.