The news of the sudden passing of Mr. Vaughn Walter MBE, Director of Culture of Antigua and Barbuda, has filled the Caribbean Community (CARICOM) Secretariat and the Regional Cultural Committee (RCC) with immense sadness and a deep sense of loss. 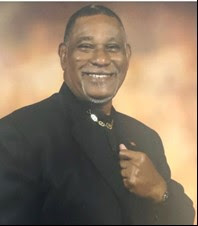 He was an active member of the Regional Cultural Committee (RCC), which is comprised of CARICOM’s Directors of Culture and served during 2016 and 2017 as the Chair of this regional advisory body.

Vaughn Walter was a dear friend and will be very much missed by his CARICOM family. His inspiring leadership and insightful contributions in culture meetings, his enthusiasm and infectious spirit were highly valued by his colleagues in the Regional Cultural Committee, the CARIFESTA Interim Festival Directorate and the CARICOM Secretariat.

Under his leadership, Antigua and Barbuda had a consistently strong and engaging country presence at CARIFESTA, especially at the recently held CARIFESTA XIV in Trinidad and Tobago in August 2019.

The CARICOM Secretariat extends on behalf of the Caribbean Community, the Regional Cultural Committee and CARIFESTA, heartfelt condolences to his family, friends, colleagues and the Government and people of Antigua and Barbuda. The region has lost a distinguished son. May God grant him eternal peace.