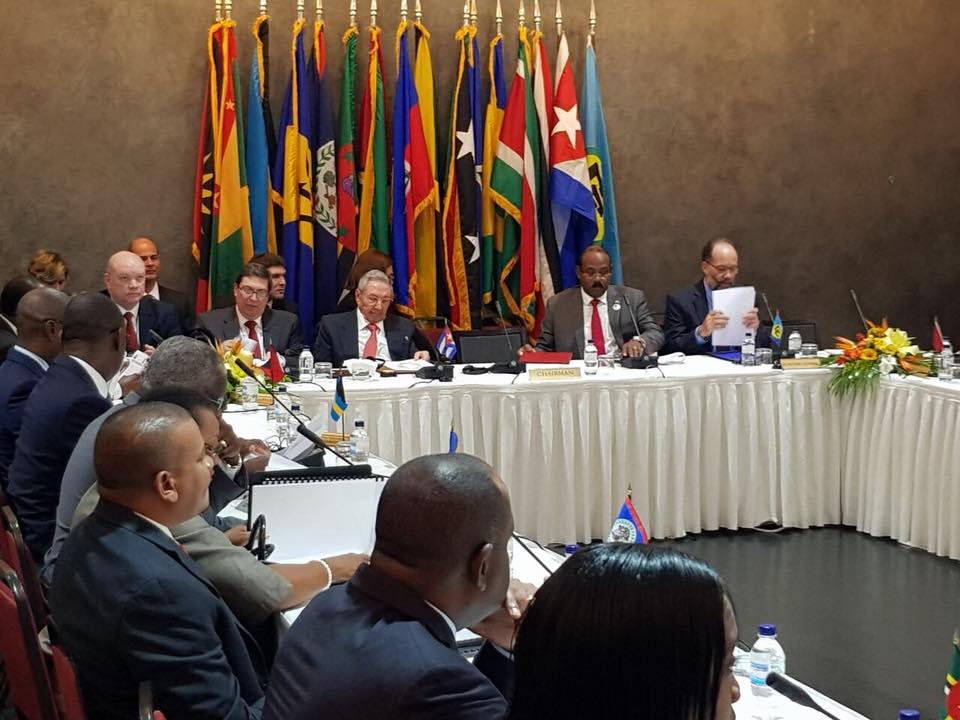 The Sixth CARICOM-Cuba Summit began with an opening ceremony on Friday morning, when heads of Government of the Caribbean Community (CARICOM) and Cuba, gathered at the Carlisle Bay Resort in Antigua.

During their opening statements both the host leader, the Prime Minister of Antigua and Barbuda, Gaston Browne, and His President of the Republic of Cuba, Raul Castro, highlighted the benefits that could emanate from a more unified region.

According to Prime Minister Browne, “  With gold, diamonds, bauxite, nickel, copper, gas, oil, agriculture, forestry, tourism and a wealth of talented and creative people, our region should be amongst the richest in the world.

To achieve this, we as leaders must explore how we release the clutch that has put the development of a single economy on pause.  We must accelerate again the economic relationship of our countries, including Cuba and the Dominican Republic, so that the unity, the oneness and the solidarity we show in the wake of natural disasters, can be the bedrock of our economic growth and social development.”

Browne hailed the Cuba–CARICOM relationship as one of the region’s greatest assets, noting that while Cuba addresses its own developmental challenge, it has devoted resources beyond its borders to tackle human development gaps in the wider region.

“Cuba has helped to make our individual societies more resilient through its provision of access to world-class health services, training, and quality education, as well as assistance for disaster management, agriculture, and sports,” he explained.

Likewise, he said Caribbean countries have not hesitated to support Cuba as it seeks to end the economic, commercial and financial blockade, which the United States government has imposed on the country for over five decades. 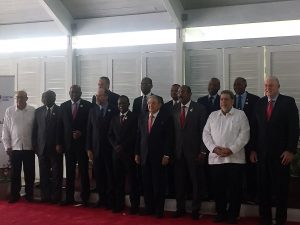 Meanwhile, President Castro said there was one sure way of combating challenges that prevent advancement and development in the region, and that was to build unity.

He told CARICOM heads that “We should harmonise our positions to demand from the industrial countries, fair actions conducive to the mitigation of, and adaptation to the effects of climate change, especially in terms of financial resources and technology transfer. Additionally, we should coordinate or position with a view to the 2030 agenda for sustainable development, particularly to put up a united front enabling us to resist the domination mechanisms imposed by the unjust international financial system.”

Castro went on to reaffirm his support for small island states and developing nations to receive different treatment so that these countries would have easier access to commerce and investment and for Caribbean countries to receive the reparation from slavery as they so rightly deserved.