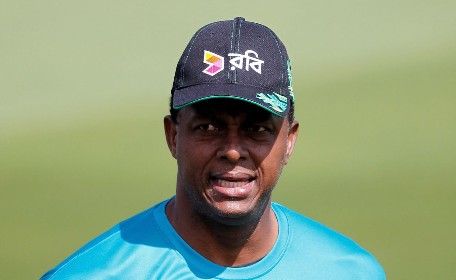 The team last weekend returned to the Caribbean from Oman – where they had been quarantined for 11 days – via Namibia, following the cancellation of the ICC World Cup Qualifiers in Zimbabwe, due to the emergence of the Omicron strain of COVID-19 in South Africa late last month.

Walsh had at the time described the saga as “mentally taxing” for the squad.

Speaking to the Antigua Observer, the former fast bowler said that the task now that the women are back home, is to get them back on track for the World Cup in New Zealand starting March 2022.

“That’s going to be the big challenge because we had a break and didn’t get to play as much cricket as we wanted to play for them to get that exposure, so I don’t want to use the words ‘starting over again’ but it is going to be something similar, where we are going to have to restart or reset and see how best we can get things going to have everybody clicking again,” he said.

“Players were now making runs and the confidence level was getting higher and better and I guess we can build on that. So, when we come back into camp we have to start trying to build on that again to see how best can sort of keep things going.”

West Indies Women managed to complete only one game in the World Cup qualifiers, beating Ireland Women by six wickets. Their second game against Sri Lanka was abandoned after a member of the Asian side’s support staff tested positive for COVID-19.

With the West Indies Women heading into the March 4 to April 3, 2022 World Cup among the highest-ranked teams, Walsh is hoping for some competitive matches ahead of that tournament.

“Obviously, we were supposed to go to South Africa on a tour but because of what’s happening there now we can’t, so we are looking to see what are the best options as to how we can get some cricket in before we go to the World Cup,” he said.

“So that is paramount and very important in terms of getting some games under our belt. We are trying to plan and seeing what can be done and, hopefully, we can get some kind of a series played before we get there.”

The cricket legend said if no series could be arranged before the Caribbean women head to New Zealand, a camp may be held in the region so the players can get some training and sharpen their skills.

Despite the challenges presented during the qualifying tournament in Zimbabwe, Walsh said it had brought members of the squad closer.

“This was a good challenge in a way, and the positive we will take out of this is that it is probably the first time we would have experienced anything like this, and it brought us more together but it also gave us the experience that if it should happen again that we would be in a better position to handle it a little better,” he said.

West Indies Women will play hosts New Zealand in the opening match of the eight-team ICC Women’s Cricket World Cup on March 4, at the Bay Oval in Tauranga.