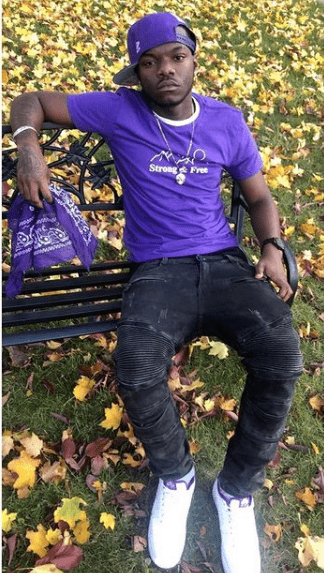 DAILY MUSIC ROLL: Young and talented hip hop artist Khali1k is set to introduce the world with a refreshing rap pattern and his unique skills in his upcoming creation ‘Working’.

Born and raised in a twin-island in the Caribbean, Antigua & Barbuda, the newest addition to the global music industry, Khali1k is all about bringing a wave of his new-age sound into the mainstream industry.

After entering the music scene in February 2021, he is already making hits. He is about to drop another masterpiece named, ‘Working’ on all major digital platforms on May 7th.

Like his other songs, this one is also an inspirational track wrapped in the embrace of groovy and entertaining beats.

His robust and exuberant rhyming technique is bound to enhance the lyrical impact of the song.

The gifted young artist moved to Canada in 2016 to pursue his musical career. He started writing songs at the tender age of 7.

Inspired by musicians such as Blak Ryno, Vybz Kartel, Tommy Lee, Chief Keef, Tupac, Wiz Khalifa, and Lil Wayne, Khali1k has established a soundscape that is a perfect blend of dancehall and hip hop.

He is releasing his new single, ‘Working’ online on May 7th this year. After his hit numbers, ‘Make It Home’, ‘Bad To The Bone’, and ‘Let’s Have Some Fun’, the upcoming banger is bound to top the popularity chart. Follow him on Spotify, Instagram, Twitter, and Facebook for more updates.