A Caribbean American ex-registered nurse in Brooklyn, New York has been convicted of hiring a hitman to murder her Jamaican-born husband in 2013 after two failed attempts at the victim’s life. 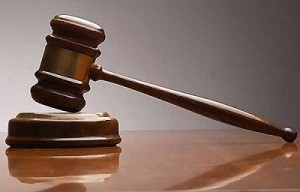 The gunman was also convicted of murder.

On Wednesday, it took a jury less than three hours to convict Alishia Noel-Murray, 29 – whose father, Andrew Noel, was born in Grenada, and mother, Pauline Noel, also a registered nurse, was born in Guyana – of having her husband, Omar Murray, 37, knocked off to cash in on nearly US$900,000 in life insurance claims.

Both of Noel-Murray’s parents are separated and reside in Brooklyn. Pauline Noel, a born-again Christian, who was strongly opposed to her daughter’s actions, testified against her daughter at trial.

Jurors found Noel-Murray, who was fired by the Visiting Nurse Service of New York, of guilty of murder, attempted murder and weapon possession in the February 23, 2013 assassination of her husband.

Describing Noel-Murray as “the devil,” Eunice Ashley Henry said her daughter-in-law had “tried so many times to kill my son.”

Prosecutors said Noel-Murray plotted with her lover, Dameon Lovell, to hire a hitman for US$3,500 to kill Murray, so she could collect on three life insurance policies.

Lovell cooperated with prosecutors in exchange for 15 years to life in prison, according to the Daily News.

Each defendant faces a life sentence without the possibility of parole when they’re sentenced on June 29, 2017, according to Brooklyn Acting District Attorney, Puerto Rican-born Eric Gonzalez.

“These defendants engaged in a calculated and cold-hearted plot to kill an innocent man,” he said in a statement on Wednesday. “Their heinous scheme was exposed, and a jury has now held them responsible for these reprehensible crimes.”

The Acting District Attorney said that, according to trial testimony, on Feb. 24, 2013, at about 12:58 p.m., Omar Murray, was shot dead inside his home, located at 204 Lott Avenue in Brownsville.

The investigation led police to Lovell, who told investigators that his girlfriend had asked him to find someone to kill her husband after her attempt to poison him had failed, Gonzalez said.

The first person shot at the victim on February 6, 2013, but missed, according to testimony.

Lovell then hired Portious and provided him with a US$500 down payment and the gun, which he received from Noel-Murray, the evidence showed.

The gunman was promised a total of US$3,500, Gonzalez said. He said Noel-Murray had taken out nearly US$900,000 in life insurance on her husband before the murder and attempted to cash out the policies within days of his death.

Lovell had previously pleaded guilty to second-degree murder for a promised sentence of 15 years to life in prison, Gonzalez said.