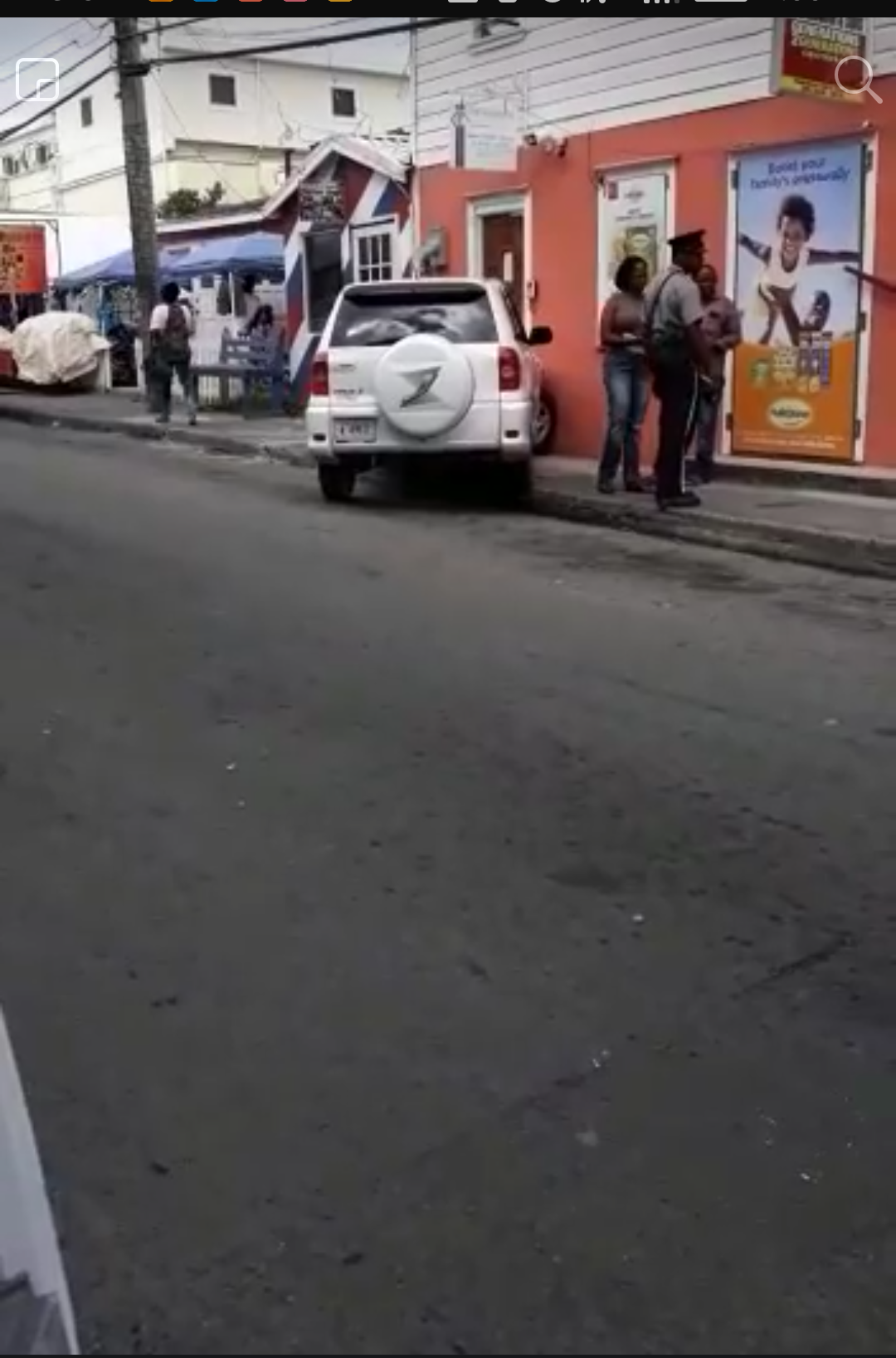 A white Toyota Rav 4 slammed into a supermarket on High Street this morning moments before another accident on that same street.

According to an eye-witness who also made a video of the aftermath, the female driver of the Rav 4 scaled the sidewalk before slamming into the grocery store which did not appear to be open at the time.

No one was injured, however traffic had to be diverted to another street as lawmen investigated the accident.

It is not clear what caused the woman to lose control of the vehicle.

Moments after that crash, a short distance away, a silver Toyota Mark X and a black pick up truck collided.

No one was injured.