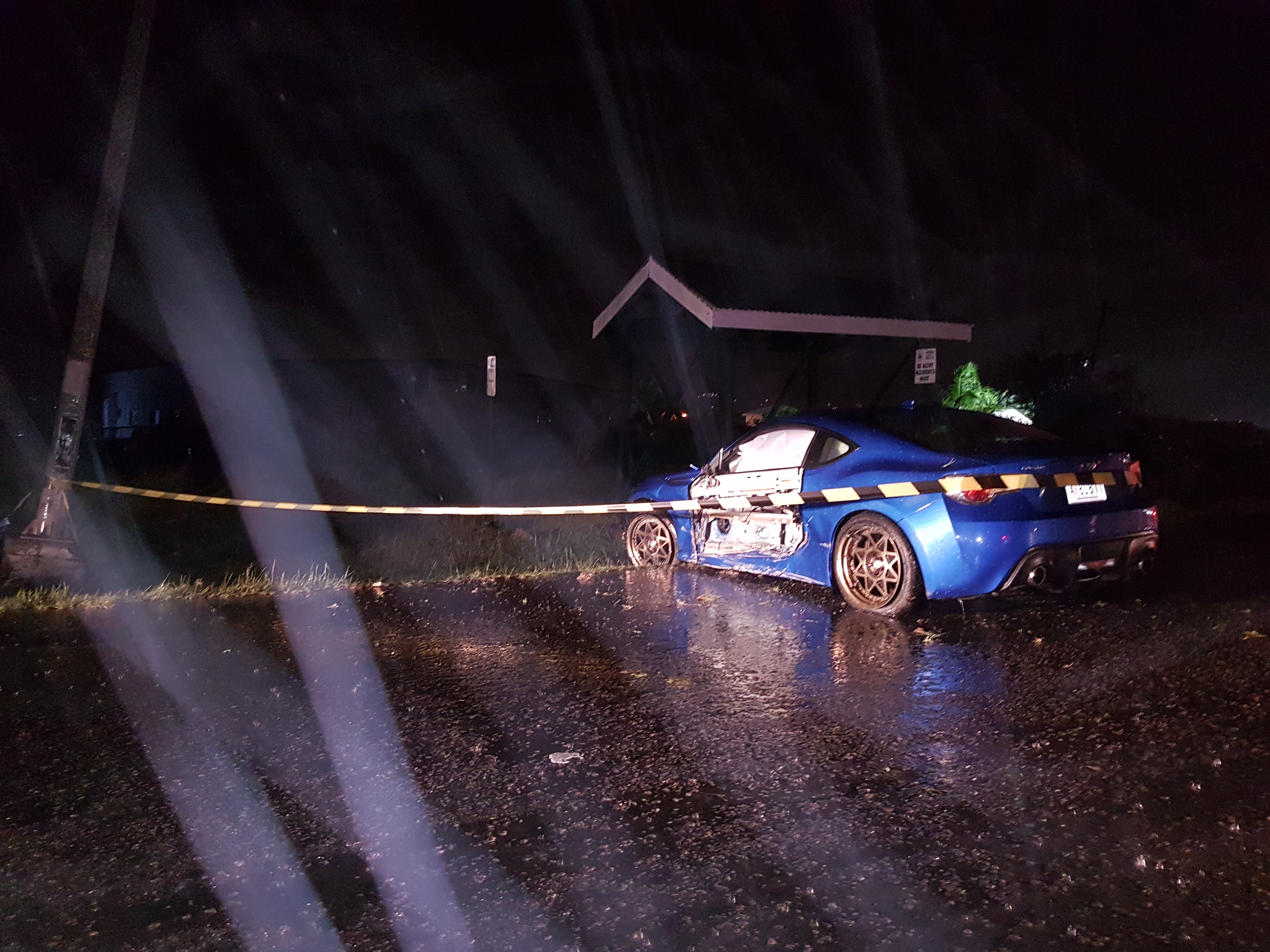 The Traffic Department is continuing investigations into a traffic accident on Sir Sydney Walling’s Highway in the vicinity Antigua and Barbuda Transport Board, at appr9cimately 2:30AM Friday morning.

Reports are that Kyle Hodge of Hodges Bay, the driver of a blue Subaru motor car A80811 was traveling from east to west on the said road, when apparently lost Control of the vehicle. It was raining heavily at the time.

Police say the vehicle skidded off to the southern side of the road and collided with a metal utility pole and burst into flames. The driver managed to escape unharmed.

Firefighters were called to the scene to extinguished the blaze.

Police appealing to driver to drive within the speed limit, and to exercise caution on the roads especially in wet or unfavorable driving conditions. Police are making a further appeal for driver to at all times wear their seat belts.