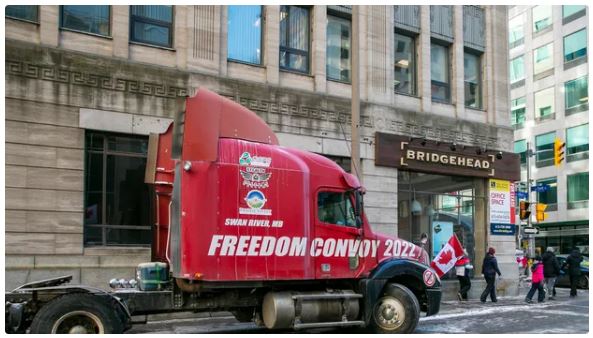 Canadian Prime Minister Justin Trudeau has told members of his own party Monday that he will invoke the never-before-used Emergencies Act to give the federal government special powers to crack down on coronvirus restriction protests happening within his country, the CBC reports, citing sources.

The act describes a national emergency as a temporary “urgent and critical situation” that “seriously endangers the lives, health or safety of Canadians and is of such proportions or nature as to exceed the capacity or authority of a province to deal with it,” according to the CBC.

It’s not immediately clear what the new powers granted under the act would be, but sources told CTV News that the Canadian military is not going to be called in to deal with the demonstrations.

As of Monday, the Ambassador Bridge connecting Detroit to Windsor, Ontario has reopened, yet Canadian border authorities say a crossing between Coutts, Alberta and Sweet Grass, Montana is “temporarily closed”.