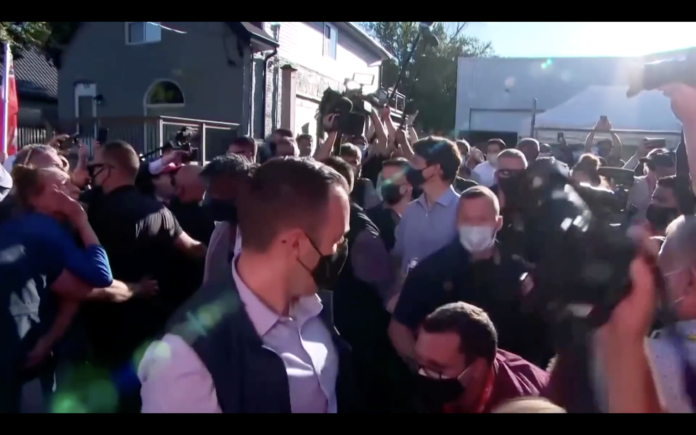 (Reuters) – Canadian Liberal Prime Minister Justin Trudeau was hit by a handful of gravel on Monday, television images show, as he made his way to his campaign bus past a crowd shouting their opposition to COVID-19 vaccines.

A CTV camera captured what looks to be white gravel hitting Trudeau and one of his bodyguards as he walked toward his campaign bus in London, Ontario. The Liberals canceled an event late last month because of safety concerns linked to anti-vax protesters.

Trudeau played down the incident on his plane later, saying he may have been hit on the shoulder, and once he had pumpkin seeds thrown at him, according to a video posted on Twitter by Global News TV reporter Abigail Bimman.

Earlier on Monday, Trudeau assailed Conservative leader Erin O’Toole’s opposition to vaccine mandates, including for his own candidates, and called the hecklers “angry mobs” of anti-vaxxers.

“Erin O’Toole is at least taking some of his cues from (the anti-vax crowd),” Trudeau said.

Around 74% of eligible Canadians are fully vaccinated, but a fourth wave of the coronavirus pandemic is currently building, mostly among the unvaccinated.

Trudeau, 49, also criticised O’Toole on Monday for waffling on gun control as the campaign enters its final stretch ahead of the Sept. 20 election, with the Liberals and Conservatives running virtually neck-and-neck in the polls. 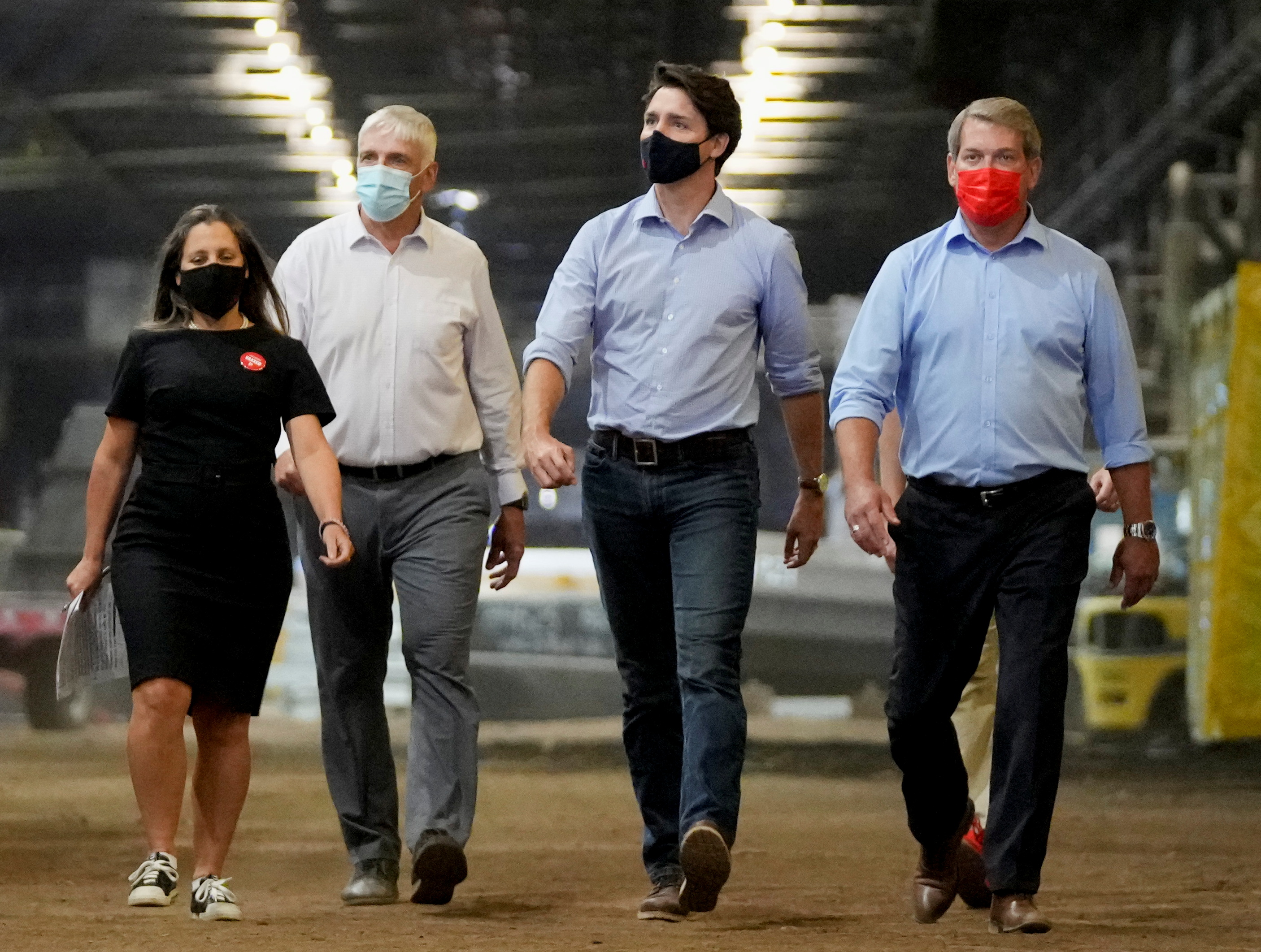 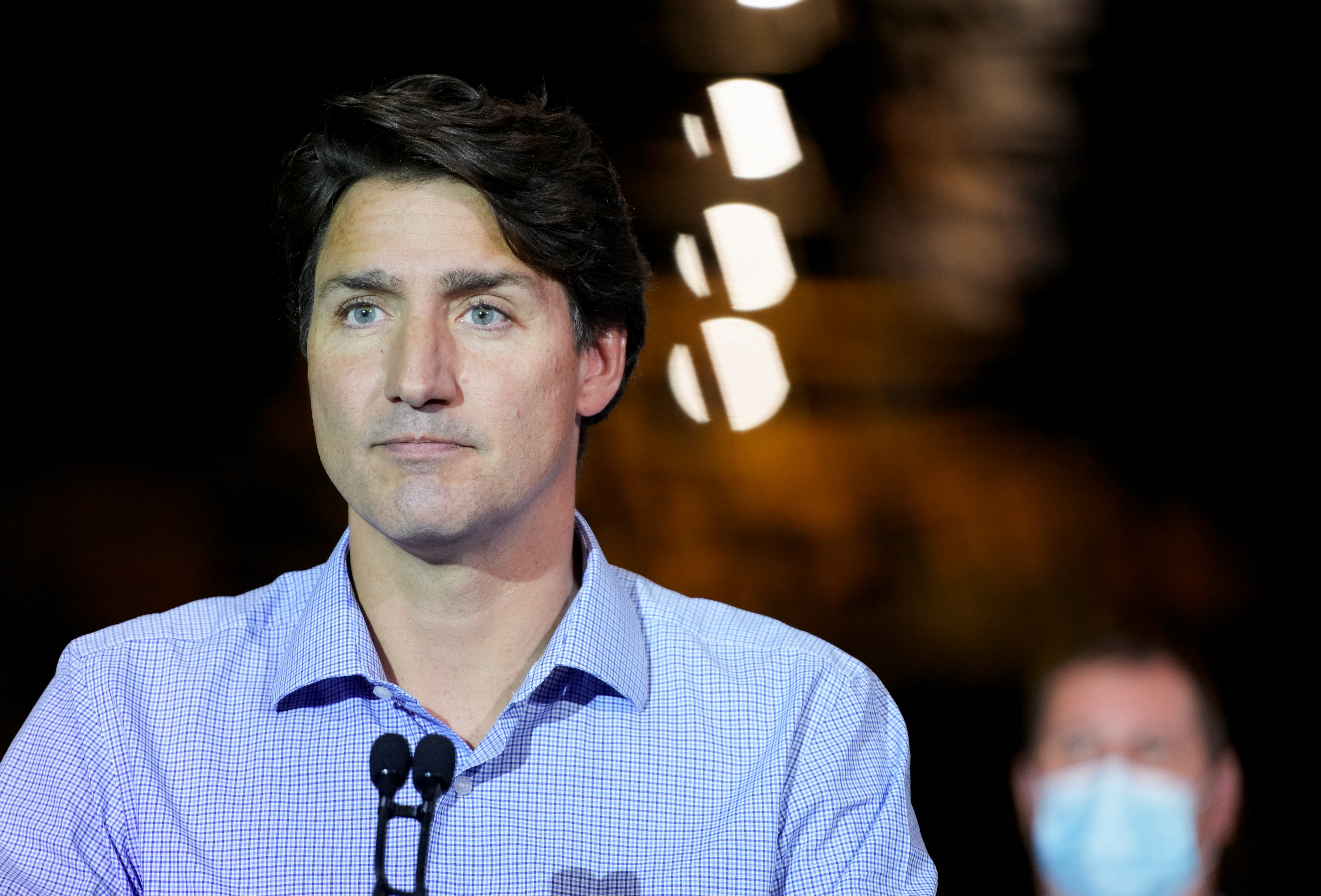 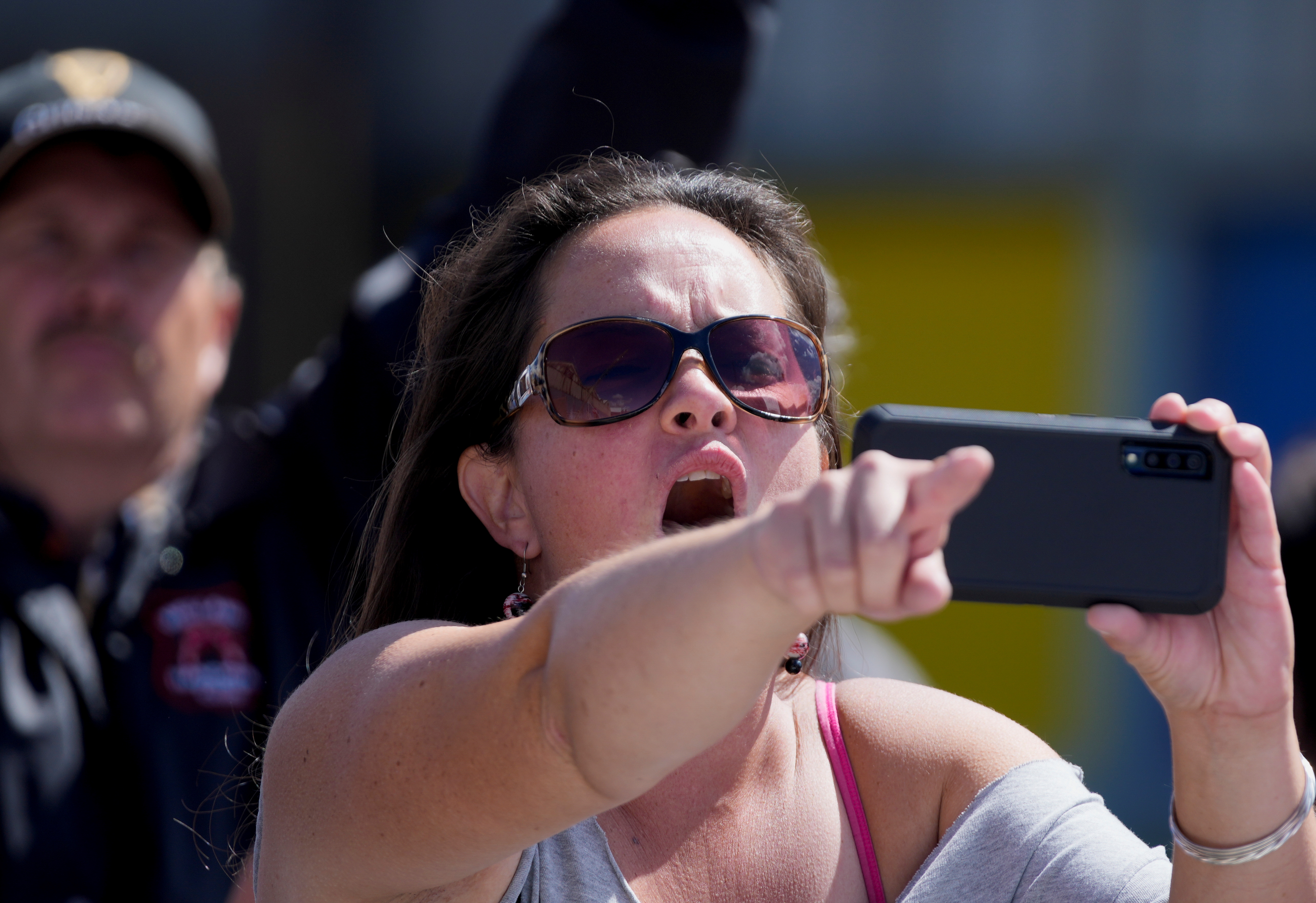 O’Toole on Sunday scrapped a campaign promise to eliminate a ban on some assault weapons, a sensitive issue in Canada after several mass shootings in recent years. Trudeau sought to capitalize on his opponent’s shift with just two weeks left to reverse his fortunes.

O’Toole “will say anything to try and get elected,” Trudeau told supporters at a campaign event in southern Ontario, Canada’s most populous province. “That’s not leadership. That’s not integrity.”

Speaking in Ottawa, O’Toole refused to say how many of his candidates had not been inoculated. He has said those who are not vaccinated must be tested daily.

“Our approach, with respect to vaccinations, is we try and encourage and inform and work with people, but we will respect their personal health decisions,” O’Toole said.

Liberal strategists have said the crucial period of the campaign starts after Labor Day, because Canadians have been more focused until now on their summer vacations than the election.

There are two debates this week, one in French and one in English, the only occasions left in which all the candidates will face one another on national television ahead of the vote.

A rolling Nanos Research survey of 1,200 people for CTV on Monday put the Liberals at 34.1% and the Conservatives at 32%, a reversal from a day earlier, when Liberals were at 33.4% compared with 34.9% for Conservatives.