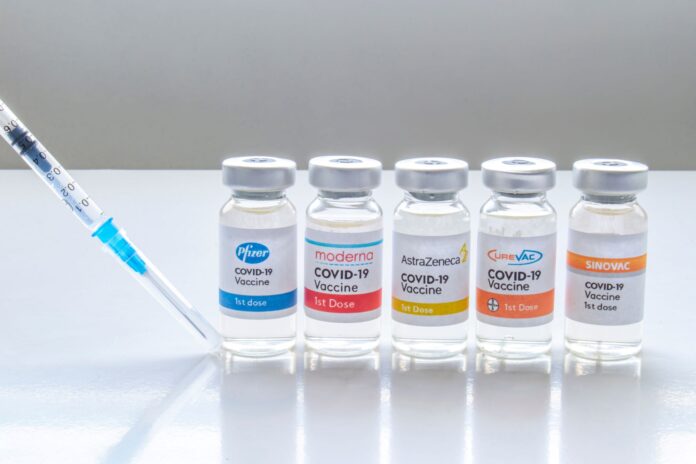 Canada is changing its guidelines on mixing and matching second doses of COVID-19 vaccines and is now advising Canadians to combine either the AstraZeneca-Oxford, Pfizer-BioNTech or Moderna shots interchangeably in certain situations.

The National Advisory Committee on Immunization (NACI) updated its guidance to provinces and territories Tuesday and recommended that a first shot of the AstraZeneca vaccine can be followed by either Moderna or Pfizer.

For Canadians who have had a first dose of Moderna or Pfizer, NACI recommends they can now take either of the two shots as a second dose — because they both use a similar mRNA technology — if the same first dose is unavailable or unknown.

The updated NACI guidance is based on emerging research from Spain and the United Kingdom that found mixing and matching AstraZeneca and Pfizer vaccines was both safe and effective at preventing COVID-19.

The details of the shift in guidance were confirmed publicly by officials from the Public Health Agency of Canada during a news conference Tuesday afternoon.

Canada’s Chief Public Health Officer Dr. Theresa Tam said the decision to combine mRNA vaccines interchangeably was “nothing new” and that the same principle had been applied to different types of vaccines in the past — including shots for influenza and Hepatitis A.

“This is not a new concept, so having a multi-dose series in terms of vaccines given by manufacturers is something that public health have used over time for many other vaccines,” Tam said. “When vaccines programs and supplies change this is not an unusual thing to do.”

The updated NACI recommendations state, “No data currently exist on the interchangeability of COVID-19 mRNA vaccines,” but Tam said there are “ongoing studies” on the effectiveness of the approach that have yet to be published. The decision was made based on the similar makeup of the vaccines, which both target the spike protein of the coronavirus, she said.

The recommendations will have a major impact on Canada’s vaccine rollout, with previous NACI guidelines stating that a vaccination series that begins with AstraZeneca should follow up with the same type of shot and that mRNA vaccines should only be used interchangeably if the same first dose is unavailable or unknown.

The updated guidelines follow moves by some provinces to combine different shots due to issues with the supply of AstraZeneca and a rare but serious type of blood clot that can result after the shot called vaccine-induced immune thrombotic thrombocytopenia (VITT), which NACI also cited as a reason for its decision in its guidance.

More than 13 million people have received at least one dose of the Pfizer vaccine in Canada, in contrast to over 3.5 million of the Moderna vaccine and more than 2.1 million of the AstraZeneca vaccine as of May 22, according to the latest available federal government data.