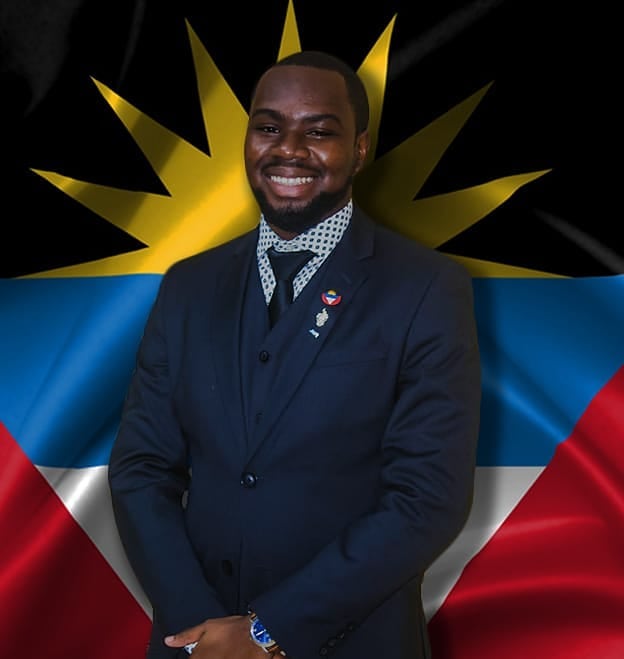 Caleb Gardiner, a recent graduate of the University of the West Indies (UWI) Five Islands, has been officially announced as the newest member of the Antigua and Barbuda Senate.

Prime Minister Gaston Browne publicly broke the news of the appointment on his radio programme, Browne and Browne, on Saturday. Last week he revealed to Observer media that the intention was to have Gardiner begin his public service on January 1.

Gardiner, 22, will replace the retiring Senator Eustace ‘Teco’ Lake who has served as a Member of Parliament since 2009 and once served as Minister of Works and Housing.

Observer media spoke to the “honoured” Gardiner yesterday about his appointment and how he plans to contribute to Antigua and Barbuda’s political development.

“I plan to use it to provide access to leadership development for young persons, to get persons more engaged and involved in community, personal and professional development,” he stated.

Gardiner said he feels he is someone young Antiguans can connect with.

Gardiner has held various leadership positions throughout his lifetime, including the first President of UWI Five Islands’ Guild of Students, a member of JCI Antigua – Jaycees, and a member of the National Youth Parliament of Antigua Barbuda (NYPAB).

“Throughout all these experiences, the main purpose was serving the youth of Antigua and Barbuda because my phrase is ‘service to humanity is the best work of life’.

“We want to know our purpose in life, and I do believe by volunteering, being active in community issues and community development, that any young person can, one—develop their own abilities—and two—contribute to nation building,” he said.

The announcement of his appointment came in the aftermath of a commitment made by the Cabinet last week to promote more young persons to leadership positions, including Carl Christopher as Executive Chairman of the Free Trade Zone.

Prime Minister Browne also relayed to Observer media that the Cabinet will announce the name of the youth who will head the Board of Directors at the Antigua and Barbuda Institute for Continuous Education (ABICE) in due course. SOURCE OBSERVER by Newsco