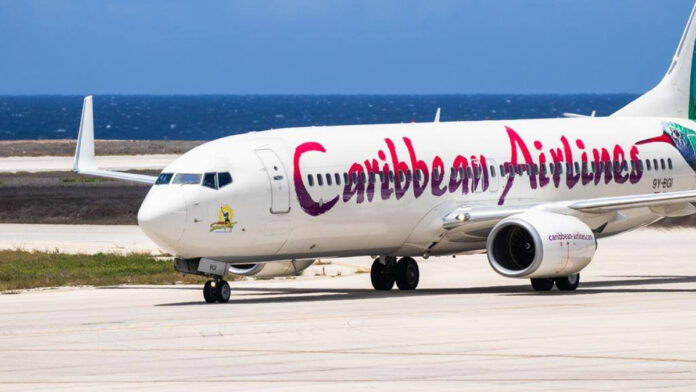 Caribbean Airlines (CAL) has confirmed that advice of a threat, was received via the Airports Authority of Trinidad and Tobago (AATT) regarding flight BW1832 from Trinidad to Tobago.

In a statement on Saturday, CAL said in keeping with the standard operating procedure the flight was evacuated and the relevant agencies are conducting the necessary checks.

It said all passengers and crew were safely deplaned.

CAL added once the aircraft is cleared it will be returned to service.

On Saturday the Airports Authority of Trinidad and Tobago (AATT) said it received an anonymous call alerting of a bomb threat against an aircraft of Caribbean Airlines Limited (CAL) servicing the domestic route.

The AATT said as a precaution and in keeping with well-established procedures for such an event CAL and the Trinidad and Tobago Civil Aviation Authority were advised and passengers in the process of boarding a Tobago-bound aircraft were evacuated.

The AATT said as a further precaution, the passenger holding area and check-in counters in proximity to CAL aircraft parking positions were evacuated and closed as part of the incident management plan for such a situation.

The AATT said contrary to information circulating on media platforms, there was no full-scale evacuation at the Piarco International Airport or any of its terminals.

“While several airport users saw it fit to leave the terminal, this was not based on any instruction given by officials of the Authority.

In fact, once the Authority became aware of the action taken by these individuals, officials immediately responded and returned them safely to the terminal building.”

The AATT said some international flights were delayed as a consequence of this incident, however operations have continued at the international terminal.

The AATT assured the public of its commitment to the safety and security of all airport users and guaranteed that incidents such as these are managed and mitigated in accordance with the highest international standards.