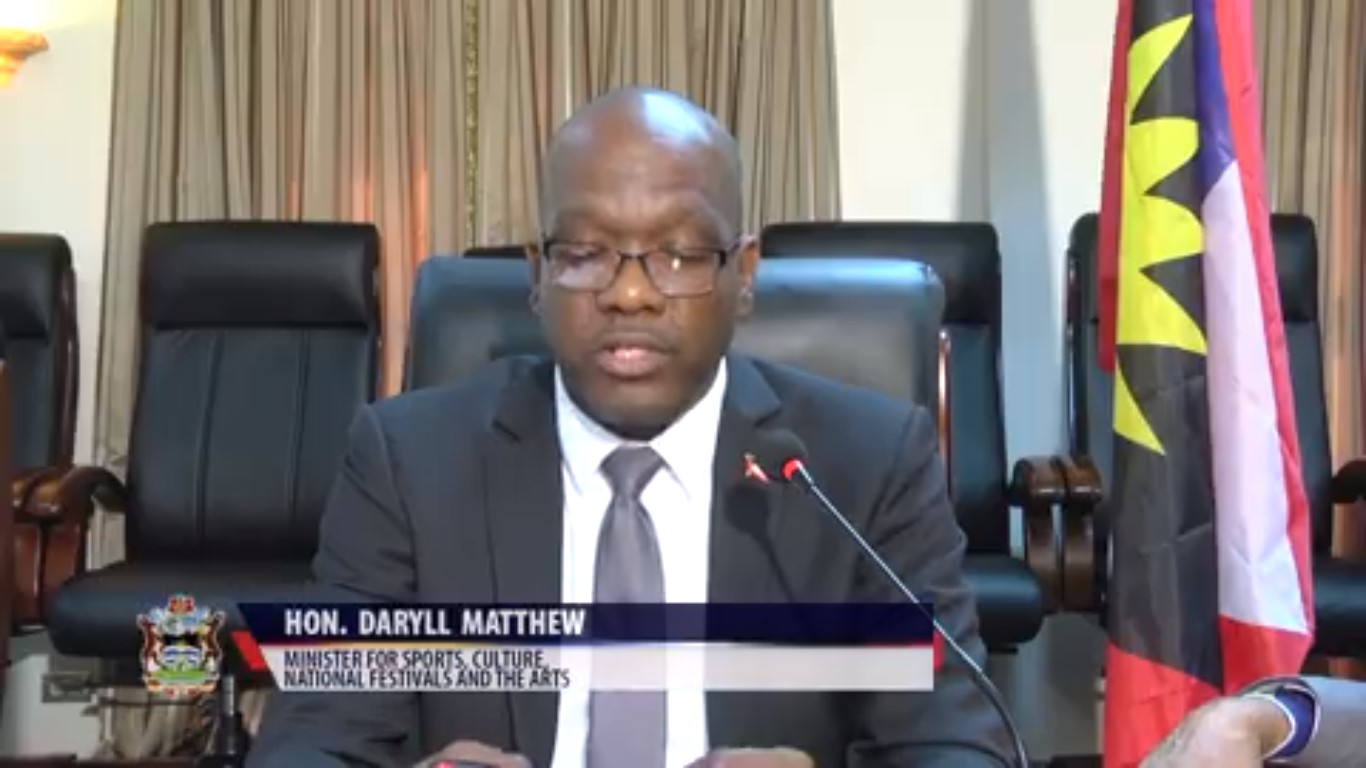 Minister responsible for Festivals, the Hon. Daryll Matthew today announced that Cabinet has approved a scaled down schedule of events for the country’s celebration of its 39th Anniversary of Political Independence.

He noted that the new addition to the schedule, the Independence Calypso Competition, will be held at the Dean William Lake Cultural Centre on Saturday 21st October and will be in the form of a virtual competition.  He said that calypsonians will be required to sing one new patriotic/ song of thanksgiving during the competition to win the main prize.  Registration is now open at the Festivals Office on Redcliffe Street for interested artistes.

The Festivals Minister further outlined that the scaling down of the events is due to the country’s fight against the spread of the Coronavirus.  It was pointed out that the Ceremonial Parade and the National Heroes Day Ceremony will be TV/Radio events with limited audience.  “We will be strictly adhering to the protocols established to combat COVID-19,” he said.

The theme for the events will be announced later this week.