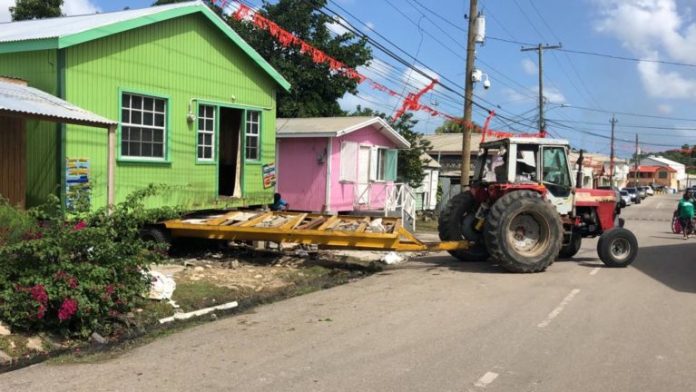 Cabinet Notes: Ten officials from the Development Control Authority, the National Solid Waste Management Authority, the Statistics Division, the Ministry of Works, the Ministry of Housing, The Ministry of Legal Affairs and the Department of the Environment, including the Special Assistant to the Prime Minister on the Booby Alley Project, were invited to Cabinet to report on the progress which the project is making.

The small chattel houses that have been located on that site, are to be replaced by 90 modern homes to be built by the People’s Republic of China as a gift to the Government of Antigua and Barbuda. The houses will be offered to the current residents upon completion of the construction.

The challenge faced by the Government officials is the temporary displacement of the residents of Booby Alley to the temporary housing being constructed, and to rental homes that are within the City of St. John’s. Several temporary homes are being built on Crown land at Bay Street and on Reginald Stevens Street.

Environmental concerns and waste-water management were among the issues discussed during the hour-long encounter. Ninety cement bases have already been laid as foundations for the temporary homes.

When all residents currently  residing within Booby Alley have been placed in the temporary housing, or have had their homes moved to vacant plots, the chattel houses which cannot be salvaged will have to be razed since they are likely to be too fragile.

It is anticipated that the two-acre site will be made completely vacant by January 31, 2021, except for the buildings which house Papasita Destin’s supermarket and the Bethel Anglican church. It will then take approximately two years for the replacement housing to be constructed, and most of the residents returned to living in an upgraded housing project