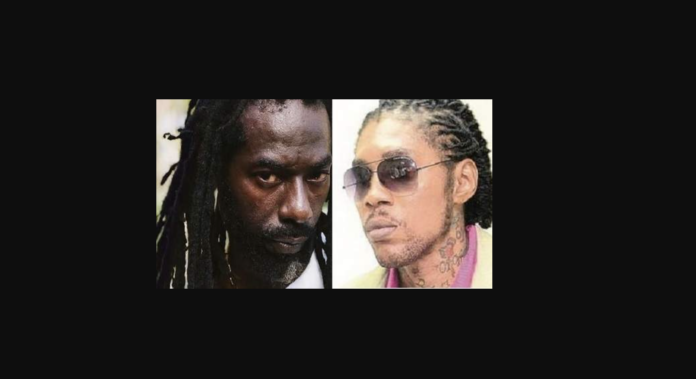 Grammy-winning reggae star Buju Banton recently blasted his fellow entertainers in a rant that seemed to be based on his continued opposition to the Government’s vaccination programme to combat the COVID-19 pandemic.

“Some people who mi love as entertainers too, mi si dem bow out; guh unda,” the It’s Not an Easy Road artiste said.

“Some a show di mark a di beast to mi people dem and hold it up inna hand sign and meck dem insignia.  Becaw dem know weh dem a do.  And dem want da money yah so much caw a dat a run di earth, so dem  a sell everything; even dem very soul.”

Recently, it was widely reported that incarcerated dancehall star Vybz Kartel had been vaccinated during a drive in prison, and several members of the music fraternity have joined the Government of Jamaica’s Every Vax Counts campaign. Cecile recently declared her support for the jab while Ding Dong was fully vaccinated earlier last week.

But their actions seemed to have drawn the ire of the Grammy winner.

He made the comments during a half-hour monologue titled Man Chat. Buju said he was more than just a “singer or player of instrument”, or a mere minstrel sent to entertain the masses.

Kartel appeared to clap back at Banton’s video Friday in a YouTube community post on VybzKartelRadio. The deejay also clapped back with “We never sell out fi money. A wha do some bwoy”.

He then returned to IG and raised the ante by alluding to Banton’s US drug conviction, in the caption of a post that promoted an unreleased song.

Earlier last week, Kartel had implored his fans to do their own research about the COVID-19 jab.

“I said ‘people do YOUR OWN research & decide what’s best FOR YOU’ and alot of people got angry….WOW,” he wrote in an IG Story with several laughing emojis.

Buju Banton is not easing up in his attempt to educate the masses. He charged that there were “non-progressive elements” who were trying to sabotage his attempts to “educate” the people on Instagram.

Other artistes such as Tanya Stephens, Kabaka Pyramid, and Chronixx have also voiced their objection to mandatory vaccination.