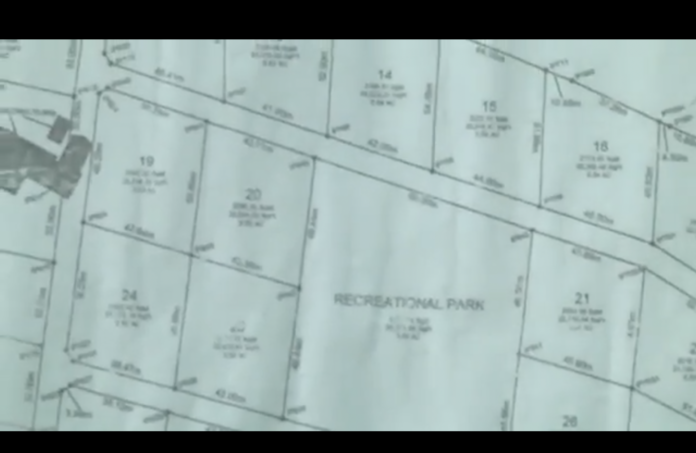 The division of lands around the Dulcina Hotel on Barbuda is scandalous, and another enrichment scheme of the Gaston Browne Administration, says Harold Lovell, Political Leader of the United Progressive Party (UPP).

Questioning the Government’s rush to establish a land registry on the sister-island, Lovell opines that it is not for the benefit of Barbudans – but for government officials, their family and friends.

Based on information gleaned from the Land and Survey Department, the acreage has been subdivided; and Lovell says it would be common sense to conclude that it has not been parceled out for the purpose of constructing a hotel.

He speculates that these lands have been subdivided in this way to accommodate their sale for a lot of money.

The Dulcina property is in close proximity to the Peace Love and Happiness (PLH) project, which, Lovell says, has been advertised as a destination with luxury villas.

The Political Leader says that family members of the Prime Minister – who are the principals of the Dulcina property – are now positioned to operate a lucrative real-estate business and benefit from the sale of lands in that area.

Alleging they acquired the virgin lands at peppercorn prices, Lovell says it is a disgrace that they are now trying to become multi-millionaires on the backs of the Barbuda people.

Last Thursday night, Lovell disclosed that another 50 acres have been added onto the existing 35-acre property, bringing the overall size to about 80 acres of land.

Barbudans have occupied their land in common for generations. However, the Browne Administration has since offered them a $1 deal to purchase their own plots in Codrington Village.

Lovell discredits this offer as “a farce,” saying it was meant to distract Barbudans from the diabolical land grab being carried out on the other side of the island – land that will be sold only to the wealthy.

The UPP Political Leader says this would explain why the Antigua Labour Party is determined to hold onto power.

Before PM Browne calls the General Elections, Lovell says, he wants to ensure the Land Registry on Barbuda is completed – thereby assuring that title to the lands is in the hands of his relatives and the transaction is fully finalized.

Lovell says the abuse of the system and the robbery of the people’s patrimony cannot go on. He says the time has come to remove the Antigua Labour Party from office and end its practice of getting rich quickly at the people’s expense. (REAL NEWS)