Juan, who is nursing serious injuries at the Mount St. John’s Medical Centre, was stabbed five times in the chest, face, elbow and hands.

Raphael was chopped twice on the head and face with a cutlass but was treated and released the same night.

The younger brother told Antigua News Room (ANR) that they were sitting outside their home when five men pulled up in gold and yellow SUV and started inflicting the wounds on them.

The brothers tried to escape but could not.

Juan said after the men inflicted the wounds, they fled in their vehicle but added that the ordeal for him and his brother wasn’t over. 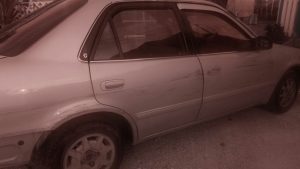 While their nephew tried transporting them to the hospital, the men thought they were being trailed for revenge, stopped their vehicle and began attacking the car.

The Spanish-speaking brothers say that’s when they headed toward the Gray’s Farm police station and was later escorted to the hospital.

The brothers say they know who attacked them.

ANR has learnt that the five men tried to leave Antigua via boat last night but were apprehended by police.

Lawmen could not be reach for comment at the time of this publication. 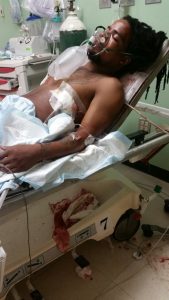