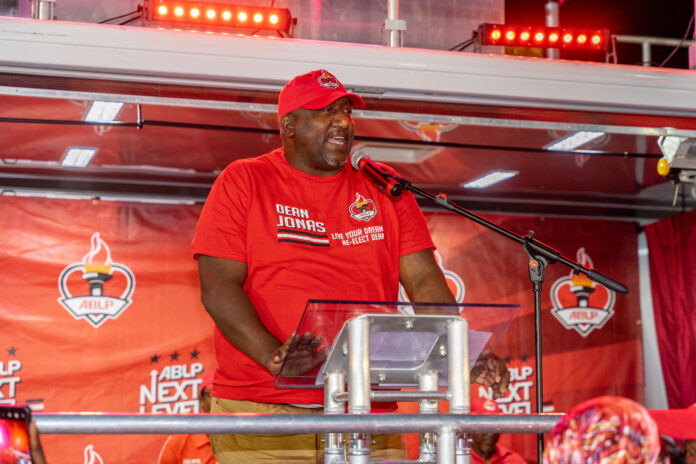 In a massive public meeting at the Potter’s Playing Field, Regan ‘Mike’ Calliste endorses Dean Jonas  as the best choice for the St Georges Constituency.

This endorsement is significant, since Caliste is the brother of the UPP Candidate for St George Algernon ‘Serpent’ Watts.

Calliste,  called on his fellow constituents to vote for Integrity, honesty and good representation which he declared was only possible with a vote for Dean Jonas and the ABLP.

Other residents from Potters including a number of outstanding young men and women publicly endorsed the sitting Representative Dean Jonas and encouraged all persons to vote the right way on election day.

The St George Constituency has expanded its polling division C to such an extent that the Potters area will have two polling stations on January 18. Potters primary school as well as the Sir Novelle Richards Academy.

Watch the video for a recap: