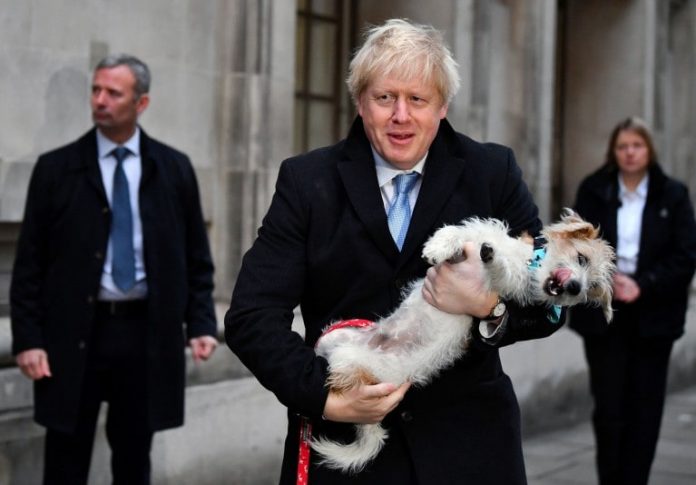 British Prime Minister Boris Johnson said on Wednesday he would get the AstraZeneca-Oxford COVID-19 shot very soon, voicing his confidence in a vaccine that has been suspended in some other European countries after reports of blood clots.

Several European Union countries have suspended their rollout of the shot, developed by the University of Oxford and AstraZeneca, but Britain’s regulator has said that there is no evidence of a causal link between reports of thrombo-embolic events and the vaccine.

Asked if European countries had disregarded scientific evidence, Johnson said: “The best thing I can say about the Oxford-AstraZeneca vaccine program is that I finally got news that I’m going to have my own jab … very, very shortly.”

“It will certainly be Oxford-AstraZeneca that I will be having,” Johnson told Parliament.

Also Wednesday, Britain’s National Health Service said that Britain would see a drop in the availability of vaccines toward the end of the month.

“The Government’s Vaccines Task Force have now notified us there will be a significant reduction in weekly supply available from manufacturers beginning in [the] week commencing 29 March, meaning volumes for first doses will be significantly constrained,” NHS officials said in a letter sent around the state-run health service on Wednesday.

“They now currently predict this will continue for a four-week period, as a result of reductions in national inbound vaccines supply.”

In France, one of the countries that has suspended AstraZeneca jabs while it waits for the European Medicines Agency, the prime minister said he wants to boost confidence in the AstraZeneca vaccine by getting an injection as soon as his government authorizes its use again.

At age 55 and with no known underlying health problems, French Prime Minister Jean Castex isn’t, strictly speaking, among the groups yet eligible for vaccination in France, which has prioritized injections for the most vulnerable.

But speaking to broadcaster BFM-TV, Castex said Tuesday that he wants to get an AstraZeneca injection to set an example.