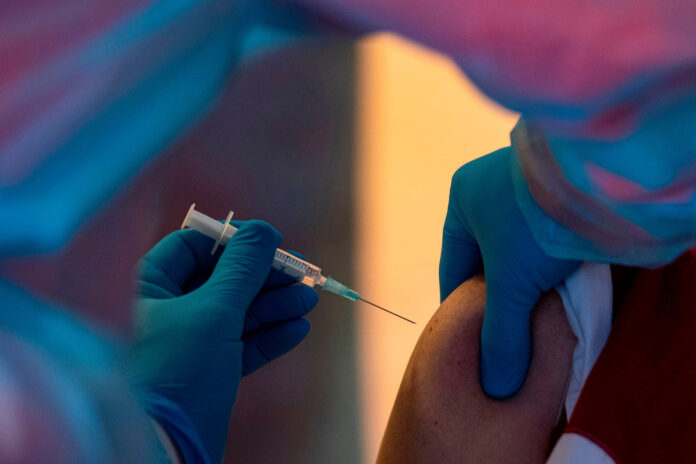 Top U.S. health officials announced Wednesday that the country has developed a plan to start offering Covid-19 booster shots to all Americans beginning the third week of September, citing evidence that protection is waning not only against hospitalization and death, but also mild and moderate infections, as the highly contagious delta variant continues to spread.

“Based on our latest assessment, the current protection against severe disease, hospitalization, and death could diminish in the months ahead, especially among those who are at higher risk or were vaccinated during the earlier phases of the vaccination rollout,” federal health officials said in a joint statement Wednesday.

The statement was signed by the heads of the Centers for Disease Control and Prevention, the National Institutes of Health and the Food and Drug Administration, among others.

The administration is preparing to begin administering the booster shots starting the week of September 20, assuming that the FDA and the CDC sign off on the safety and effectiveness of the doses by that point.

Individuals would be eligible for a third dose of either the Moderna or Pfizer-BioNTech shots eight months after their second dose.

The nation is already giving additional shots to people with compromised immune systems, who were unable to mount a robust response to the first round of vaccinations.

The rollout of boosters in the general population will likely mirror the original vaccine rollout, with healthcare workers, nursing home residents and people over age 65 first in line.

“We would also begin efforts to deliver booster shots directly to residents of long-term care facilities at that time, given the distribution of vaccines to this population early in the vaccine rollout and the continued increased risk that Covid-19 poses to them,” the statement read.

The plan does not yet include those who received Johnson & Johnson’s vaccine, the rollout of which started several months after the Pfizer and Moderna vaccines. Health officials said they anticipate boosters will be needed in that group as well, and expects more data on Johnson & Johnson effectiveness in the coming weeks.

The CDC is expected to unveil new data on the need for booster shots Wednesday afternoon, and President Joe Biden is scheduled to deliver remarks on the matter later in the day.

Any plan to administer booster shots in high-income countries such as the U.S. has been met with opposition by the World Health Organization. Earlier this month, the WHO’s Director-General, Tedros Adhanom Ghebreyesus, said that more than 80 percent of the world’s vaccine supply has gone to the richest countries, even though they account for less than half of the global population.

“We cannot accept countries that have already used most of the global supply of vaccines using even more of it, while the world’s most vulnerable people remain unprotected,” Tedros said.

Dr. Aaron Richterman, an infectious diseases expert at the University of Pennsylvania, agreed, saying the most important benefits of the Covid-19 vaccines are for people who haven’t had a chance to get a single shot.

“When you’re looking at low-income countries, that’s 99 percent of people,” Richterman said. “Literally, millions of lives are at stake.”