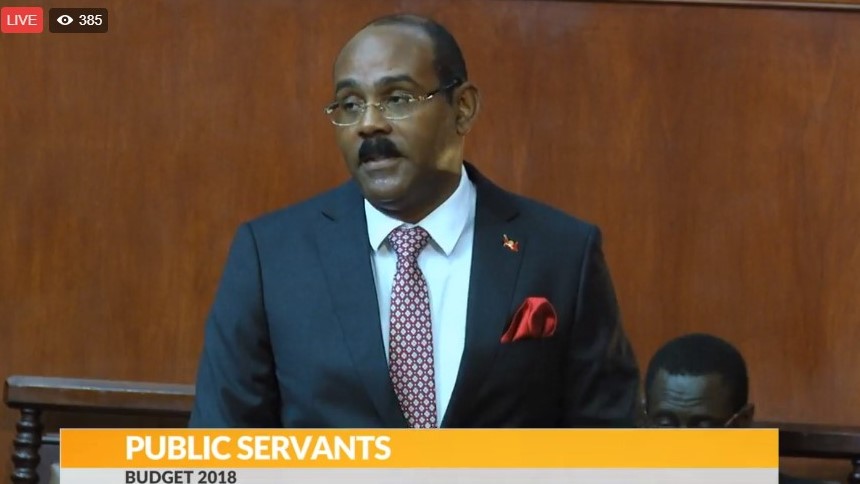 He told the ongoing Budget Speech that the increase takes January 1, 2018, which means that it will be reflected in salaries by the end of the month.

Browne who is also finance minister says the increase is being offered since ongoing salary negotiations are not expected to be completed this year.

“This is not intended to prejudice the negotiations,” the prime minister told cheering supporters.

“Nor is it an indication of the government’s final offer increase,” he added.

Browne said when negotiations are completed the five percent will be added to the negotiated amount. 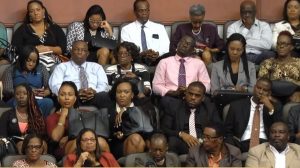 He also proposed to pay outstanding back pay to public officers who have been in the service since 2002.

“The government proposes to settle the outstanding back pay by offering every public servant, who has been with the government from December 31st, 2002, one month of his/her basic salary free of all deductions.”

The prime minister says this is his government “going the extra mile” to raise the standard of living of residents.

He said public servants have not been paid an increase in over a decade.

Other measures such as vehicle and housing concessions were also announced for public officers. 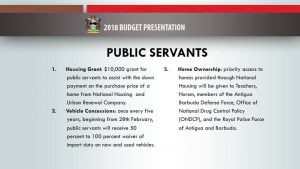