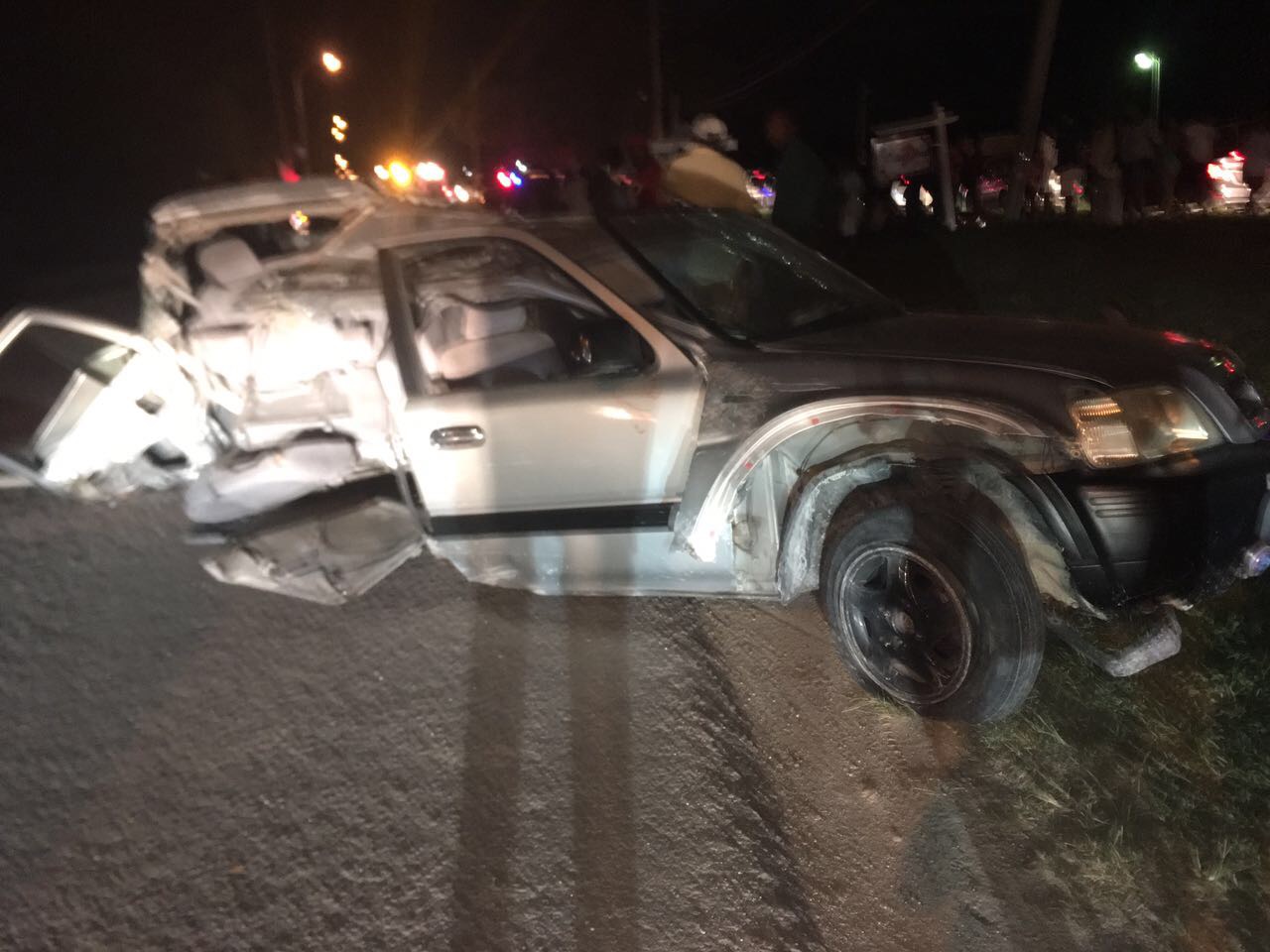 One person has died from the accident on Factory Road tonight. Authorities did not reveal the identity of the person.

Police are currently on the scene investigating a three-vehicle smashup on Factory Road which has landed nine people in the hospital.

Police reports are that of the injured persons, two were critical with one now dead. The extent of the injuries are not known at this time.

Reports are that two ambulances transported the wounded to the hospital.

According to sources, two of the vehicles, a Honda CRV and a Toyota Runx were travelling in an easterly direction on Factory Road when a Subaru A46403 turned onto the road from Paynters Road (heading eastwards) causing the collision.

The incident reportedly occurred about 8:30pm

We will update this story when more information comes to hand.