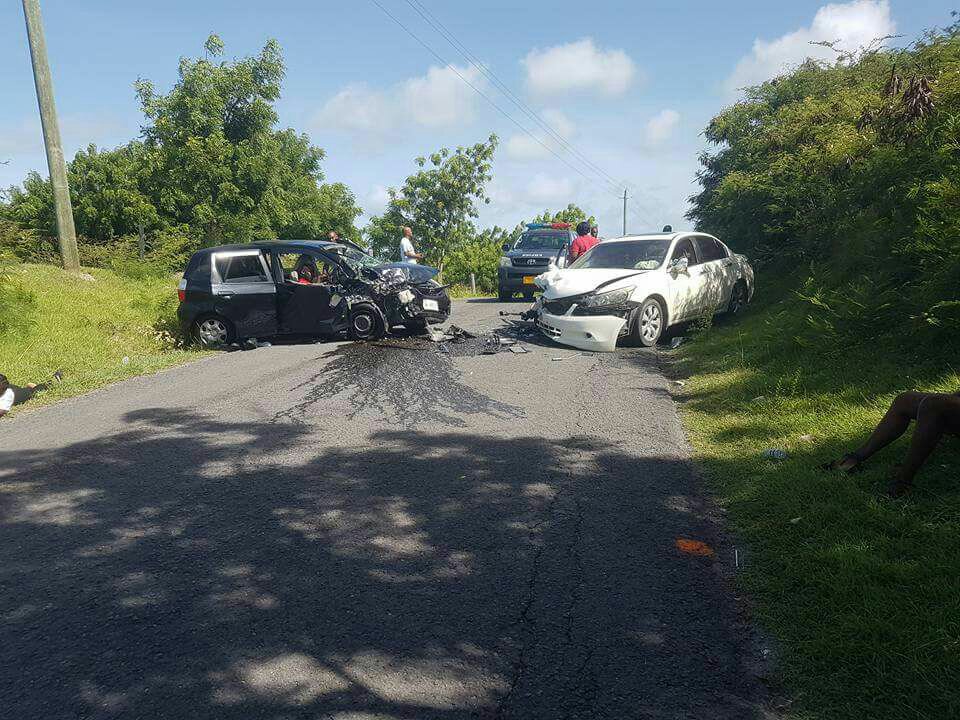 Six people were transported to hospital after a two-vehicle smash up in Willikies this afternoon.

The driver of the black car and four passengers were seriously injured with broken limbs and other injuries. Hospital sources say the driver cannot remember what happened.

The male driver in the white Honda was also injured and is complaining of pain about the body.

The crash occurred just before 4 p.m.

Those injured were part of the Sun Rise Fete which is ongoing in Willikies. 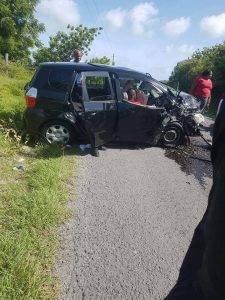 A total of three ambulances took the injured to hospital.

Lawmen say they don’t yet know the circumstances leading up to the crash. 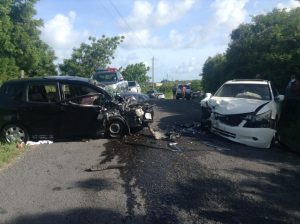