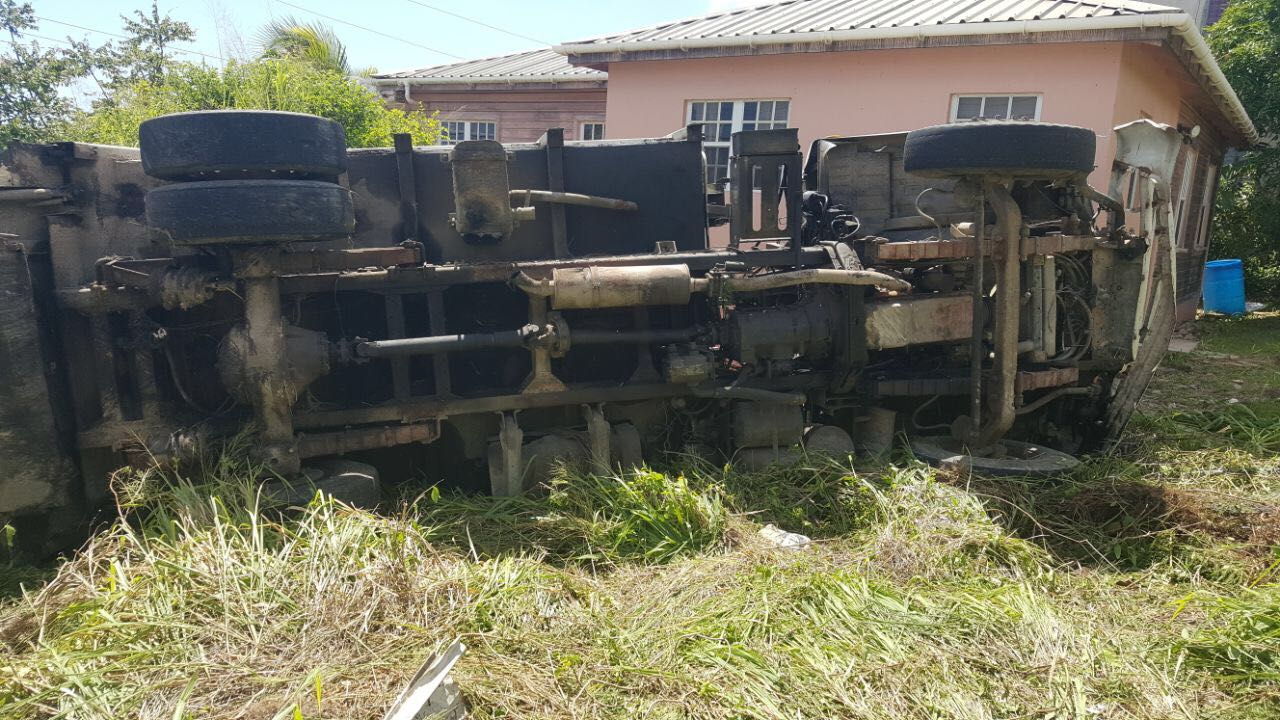 Stephen Perez of Tindale Road has been named by the authorities as the 17-year-old who died after being crushed by a garbage truck.

The truck driver is 55-year-old Charles Powell and according to the police, he lost control of the vehicle while driving down a hill in Potters.

Perez who was riding on the truck met his fate after he was flung from the vehicle and it landed on him.

The teenage suffered injuries mainly to his head after being pinned under the truck.

Heavy machinery had to be used to lift the truck off him.

When Emergency Medical Services arrived the man had no pulse but efforts were made to resuscitate him.

Daniel Castro, 22, the other occupant of truck and Powell were seen by medical officials for non-serious injuries.

The incident occurred about 9:20 a.m while a woman who did not want to be named was in her kitchen.

She said she heard the commotion outside and by that time the truck had cleared a path to a vacant lot and came to rest on her house.