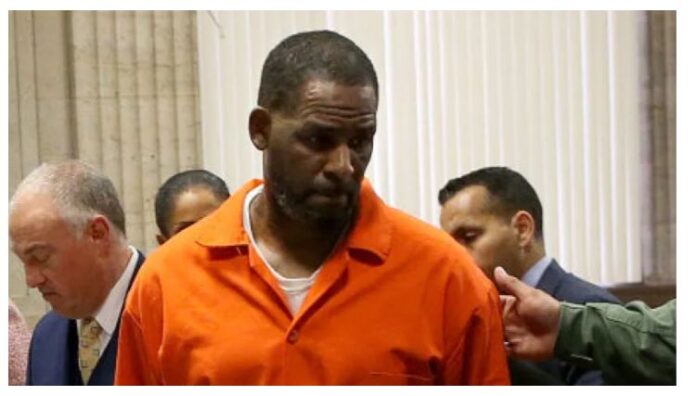 They reached the verdict on Monday after two days of deliberations.

Kelly, 54, had been on trial in Brooklyn Federal Court since Aug. 18 on allegations that he preyed on women and girls he lured into his entourage as far back as the mid-1990s.

The singer, whose full name is Robert Sylvester Kelly and is perhaps best known musically for his 1996 Grammy-winning song I Believe I Can Fly, had pleaded not guilty to charges of racketeering and illegally transporting people  for prostitution.

Prosecutors spent four and a half weeks offering testimony from several accusers, including women who claim they were underage when Kelly abused them, and people who worked for the singer.

They had sought to present Kelly as an intemperate predator who used his fame to attract admirers he would later coerce into unwanted sex.

Several witnesses have said Kelly also punished victims for breaking his rigid rules governing such banalities as when to eat or go to the bathroom, or who to look at or speak with.

Four witnesses have testified for Kelly in his defence in an effort to show jurors that people Kelly employed knew nothing of his alleged abuses.

Though Kelly has been dogged by abuse accusations for nearly two decades, his music career stalled only after scrutiny increased during the #MeToo movement, and after Lifetime aired the documentary Surviving R. Kelly in January 2019.

Kelly has been jailed for more than two years, and also faces sex-related charges in Illinois and Minnesota.