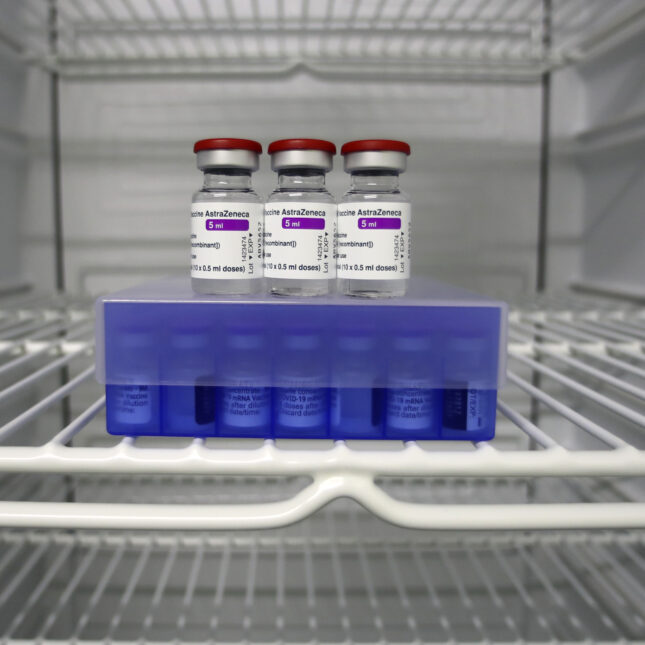 Ontario will no longer give the AstraZeneca COVID-19 vaccine as a first dose due to the risk of rare blood clots.

Dr. David Williams, chief medical officer of health, said on Tuesday that the Ontario government made the decision due to an increase in the rare blood clotting condition, known as Vaccine-Induced Immune Thrombotic Thrombocytopenia (VITT) linked to the AstraZeneca vaccine.

“Effective today, Ontario will be pausing the rollout and administration of first doses of the AstraZeneca vaccine at this time,” Williams told reporters.

But Williams said there have been increased reports of VITT, with a rate of 1.7 per 100,000 doses administered, over the last few days.

Williams said the Ontario government is reviewing the data to consider whether to use the AstraZeneca for second doses.

He said the decision to pause the use of AstraZeneca is also based on an increased supply of the Pfizer and Moderna mRNA vaccines and a downward trend in COVID-19 cases. The province has asked the National Advisory Committee on Immunization (NACI) to provide direction on the mixing and matching of different brands of vaccine for first and second doses.

Dr. Jessica Hopkins, the chief health protection and emergency preparedness officer with Public Health Ontario, said there have been eight cases of VITT in Ontario as of May 8, 2021. The rate has gone from one in 100,000 to one in 60,000.

“At a population level, it makes sense to pause AstraZeneca because the risk of severe outcome with VITT should not be underestimated,” Hopkins said.

In a statement on Tuesday, Williams said data from the United Kingdom points to a much-reduced risk of VITT in second doses of AstraZeneca.

“Based on the much higher risks of COVID-19 infection recently observed in Ontario, including hospitalization, serious illness and death, we maintain that those who received their first dose with the AstraZeneca vaccine did absolutely the right thing to prevent illness, and to protect their families, loved ones and communities,” Williams said in the statement.

The news comes after Alberta confirmed that it would not be administering AstraZeneca for first doses due to dwindling supply.

A spokesperson for Alberta’s health department said since the province only has a little over 8,000 doses of the AstraZeneca vaccine left and future shipments are up in the air, Alberta will use remaining vaccine supply for second doses.