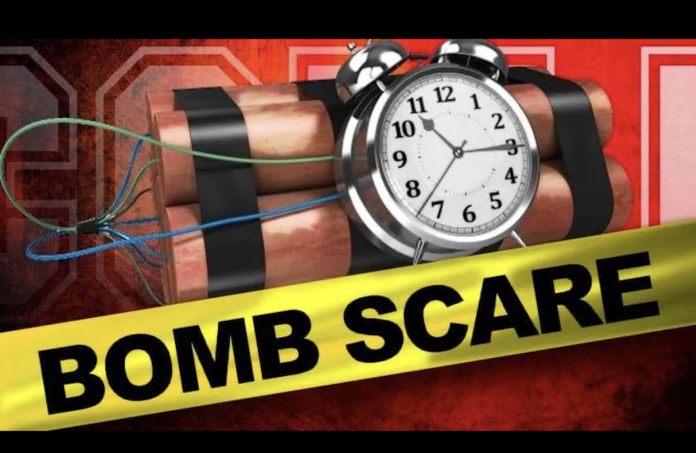 Employees at the Antigua Public Utilities Authority (APUA) turned out this morning (Wednesday, October 12) only to be threatened by a phone call of a bomb threat.

Reports are that the threat was received at the Authority’s office on Utility Drive in Cassada Gardens.

The bomb squad had to be deployed to the location to conduct a sweep of the building. However, sources say that nothing was found.

Employees were vacated from the building around 9:30am for their safety while the search was conducted.

Police reportedly went into quick action cordoning off the area and diverting the traffic.

This is the second such incident in over a week at a government-run department.

Last week Monday (October 3) the Social Security Scheme’s Long and Cross Street office had to be evacuated due to a bomb scare, which was received by a worker via a phone call.

The bomb squad was deployed to the location and made a sweep of the building, but nothing was found and the workers returned to their normal duties.

That matter is still under investigation.