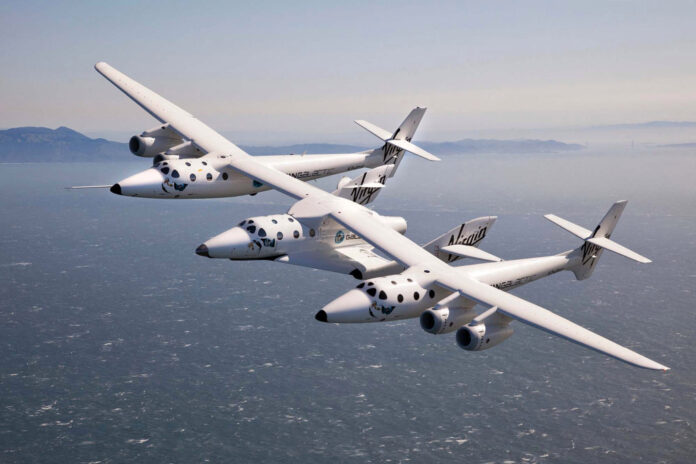 Sir Richard Branson will blast off in his Virgin Galactic passenger rocket plane into space on Sunday — becoming the first billionaire to do so.

The Virgin Group founder, who turns 71 in a week, will join five company employees for Sunday’s test flight that will soar about 55 miles above the southern desert of New Mexico.

Branson wasn’t supposed to fly until later this summer, but he assigned himself to the flight after fellow billionaire Jeff Bezos announced plans to ride his own rocket into space from West Texas on July 20.

Virgin’s mission will be the vehicle’s first fully crewed test flight to the edge of space.

After being delayed by overnight thunderstorms, the white seaplane is due to be launched around 10:30 a.m Eastern time from the state-owned Spaceport of America. The rocket engine will separate from the mothership at an altitude of 50,000 feet — and the crew will experience about 4 minutes of microgravity.

The entire voyage, from takeoff to touchdown, is expected to take about 90 minutes.