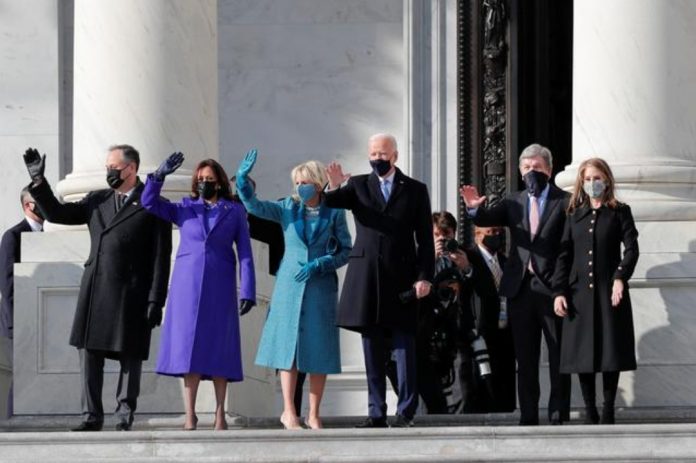 President-elect Joe Biden was sworn-in as the 46th president of the United States Wednesday shortly before noon, amid a devastating global pandemic and the threat of possible domestic terrorism.

In a ceremony that kept with tradition while being unlike any other inauguration in U.S. history, Biden took his oath of office before a small, socially distanced audience in a city that has been locked down because of the dual threats of the coronavirus pandemic, which has killed over 400,000 people in the U.S., and worries over another attack just weeks after the deadly violence at the U.S. Capitol.

In attendance at the scaled-down ceremony were most members of Congress and the Supreme Court and former presidents Barack Obama, George W. Bush and Bill Clinton, and their spouses, as well as Vice President Mike Pence.

VIEW THIS GRAPHIC ON NBCNEWS.COM

Among those who were not was President Donald Trump, making him the first president to skip his successor’s inauguration in more than 150 years. As he left the White House on Wednesday morning, he told reporters that serving as president was “the honor of a lifetime” and claimed that “we’ve accomplished a lot.”

Trump and first lady Melania Trump then participated in a send-off ceremony before a small group at Joint Base Andrews, in Maryland, where the outgoing president said about his exit, “hopefully, it’s not a long-term goodbye.”

“We will be back in some form,” Trump said. “We were not a regular administration.”

Trump, who spent months falsely claiming that the 2020 election was stolen from him, also wished his successors good luck — although he never referred to Biden or Harris as the president or vice president.

“I wish the new administration great luck and great success. I think they’ll have great success. They have the foundation to do something really spectacular,” he said.

Trump then boarded Air Force One for one final trip down to his Mar-a-Lago resort in southern Florida.

Temperatures were in the low 40’s in the nation’s capital, with strong winds and snow flurries.

As president, Biden will be forced to immediately confront several major crises facing the country, including the pandemic, the subsequent economic collapse it caused, and the devastating divisions in the country that culminated in the violent mob of Trump supporters who stormed the Capitol earlier this month. 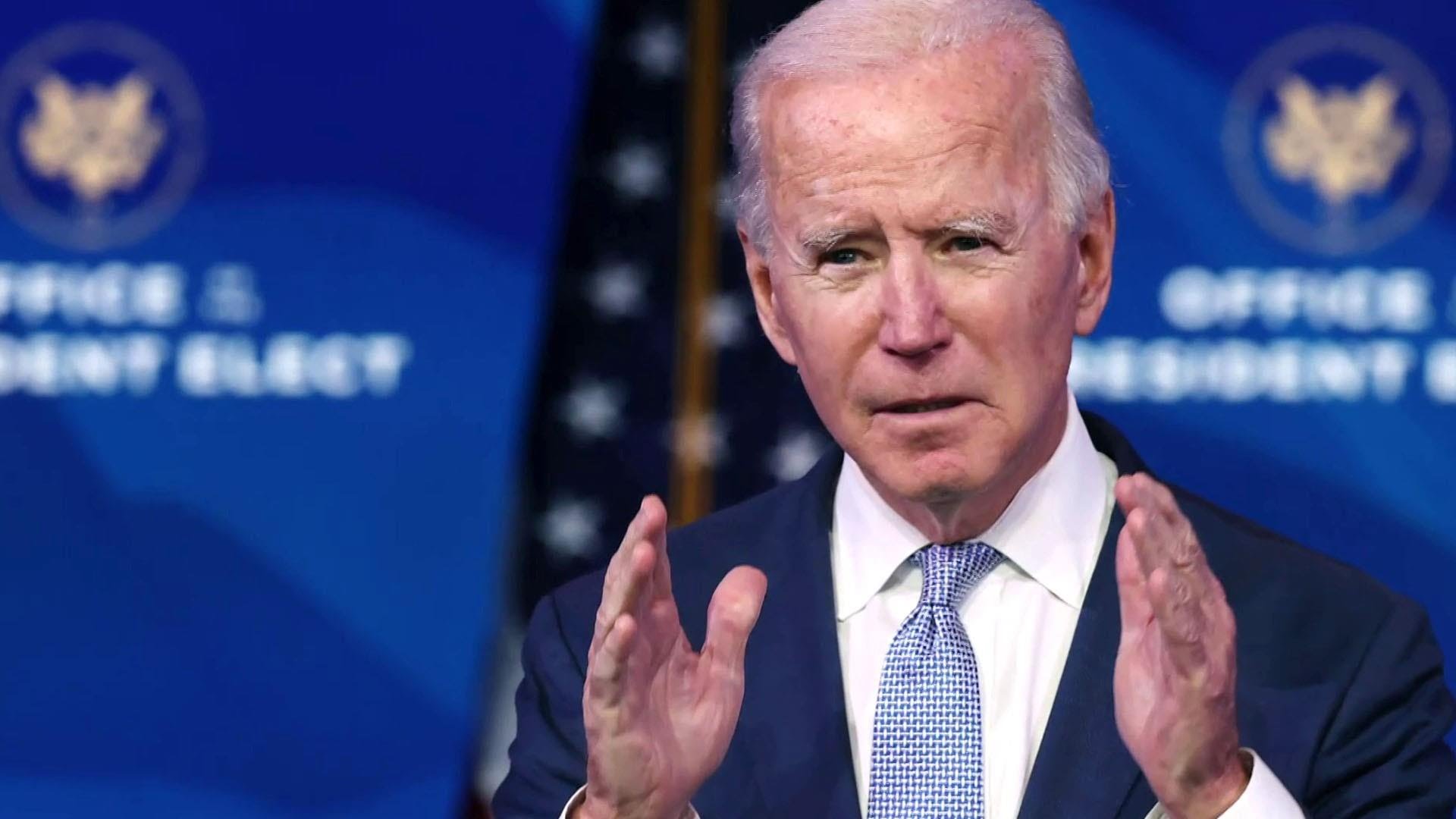 As a result, the stakes for his inaugural address couldn’t be higher.

The inaugural theme is “America United,” a theme Biden campaigned on and which he is expected to focus on in his speech. A transition official said that Biden was working on the speech this weekend with family members and his senior adviser Mike Donilon and that the address will emphasize familiar themes from his campaign: unity, healing and a vision for the many crises the country faces.

As is tradition, the chief justice of the United States, John Roberts, administered the oath of office to Biden just after the clock struck 12. Biden took the oath with his hand on top of his 127-year-old, 5-inch-thick family Bible, which will be held by his wife, Jill Biden.

Moments earlier, Kamala Harris was sworn in as the first woman, the first Black American and the first South Asian American vice president by Justice Sonia Sotomayor, the first Latina justice on the Supreme Court.

Because of the pandemic, attendees will be socially distanced and will have to wear masks. Only about 1,000 people will attend, the Joint Congressional Committee on Inaugural Ceremonies has said. In normal times, the committee makes 200,000 tickets available for members of Congress.

Extra security precautions stemming from the Capitol attack include over 25,000 National Guard members who were called up to keep the event secure and extra security fencing erected near the Capitol. In addition, the White House and numerous streets have been shut down.

The National Mall, usually a place for onlookers to gather, has also been closed down. In place of the thousands of peop

Inside the West Wing earlier Wednesday, White House residence staffers and Secret Service agents appeared to be starting the well-choreographed, yet frantic, changeover from one administration to the next. The process was even more taxing this year, since workers won’t have the usual amount of time afforded, given the cancellation of the inaugural luncheon and traditional in-person parade.