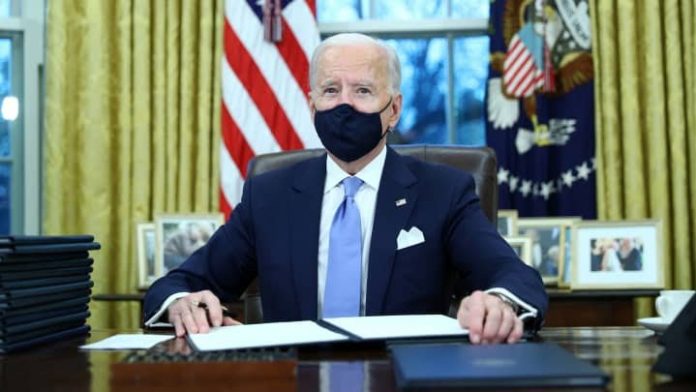 The Biden administration on Monday announced it would grant temporary protected status to Venezuelan exiles, fulfilling a campaign promise to allow them to live and work legally in the U.S.

The TPS designation offers legal protections for 18 months to Venezuelans fleeing the humanitarian crisis brought on by Nicolás Maduro’s government. It comes after years of Democrats and Florida Republicans pushing for granting TPS to Venezuelans, while former President Donald Trump declined to do so and, instead, secretly deported Venezuelans despite safety concerns.

However, Trump, on his last day in office, used executive power to shield Venezuelans from deportation through the Deferred Enforced Departure program, or DED. Still, Venezuelans have remained in limbo during the first weeks of the Biden administration as officials opted not to open applications for DED and took steps to announce the TPS designation.

“It is in times of extraordinary and temporary circumstances like these that the United States steps forward to support eligible Venezuelan nationals already present here, while their home country seeks to right itself out of the current crises,” Homeland Security Secretary Alejandro Mayorkas said in a statement.

The designation will be in place until September 2022. Venezuelan nationals already in the U.S. must apply during a 180-day registration period and meet certain eligibility requirements to be shielded from deportation and receive work permits.

Democrats and Florida Republicans were quick to welcome the Biden administration’s move to offer relief to eligible Venezuelans as the country remains in crisis.

“In standing with the Venezuelan people, we are striking a blow to the Maduro regime, which has for years deprived its own citizens of education, healthcare, basic freedoms, and even food,” Sen. Bob Menendez (D-N.J.), who has led multiple efforts to secure TPS for Venezuelans, said in a video statement. “And we are sending a powerful signal to allies and competitors that the United States is once again committed to the cause of democracy.”

Sen. Marco Rubio (R-Fla.), a longtime supporter of allowing Venezuelans to live and work legally in the U.S., reminded that Trump had first offered Venezuelans protection and said he was “glad the Biden administration shares that commitment.”

Extending the status to Venezuelans would protect about 200,000 Venezuelan citizens in the U.S. from deportation, according to estimates from the Congressional Budget Office.

TPS is used to protect immigrants who come from countries devastated by natural disasters or armed conflict. It’s the same temporary legal status the Trump administration announced it would phase out in 2018 for more than 300,000 immigrants from El Salvador, Nicaragua, Haiti, Honduras, Sudan and Nepal over the next few years. Under Biden’s immigration plan, which faces an uphill battle on Capitol Hill, TPS recipients would be eligible for automatic green cards.

The Biden administration’s plan was first reported by The Los Angeles Times.