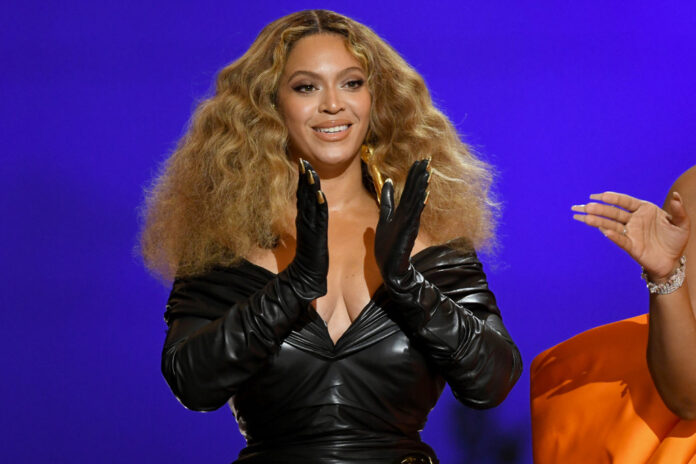 All hail the Queen Bey.

Beyoncé, 39, showed up at the 2021 Grammys and made history with four wins — making her the most decorated woman in Grammys history.

“As an artist, I believe it’s my job and all of our jobs to reflect the times and it’s been such a difficult time. So I wanted to uplift, encourage and celebrate all the beautiful black kings and queens that continue to inspire me and inspire the whole world.

“This is so overwhelming,” she continued. “I’ve been working my whole life since 9 years old and I can’t believe this happened. This is such a magical night.

“I know my daughter is watching,” she said of Blue Ivy, who won an award earlier in the night.

She also thanked her “rock” Jay-Z who was cheering her on in the socially-distanced audience. Copied from Antigua Breaking News The singer led the pack this year with nine nominations, and beat out bluegrass-country singer Alison Krauss who previously held the title for most Grammys for a female artist.

The former Destiny’s Child singer, however, has never won Album of the Year throughout her career. And she’s not up for the 2021 honor because she didn’t release a project during the eligibility period — but she is the most nominated act ever with 79 nods.

But it wasn’t just a big night for Bey. Her daughter Blue Ivy Carter, 9, is the second-youngest person to win a Grammy, scoring the win for best video for “Brown Skin Girl,” beating out Future and Drake, Harry Styles, Anderson .Paak and Woodkid.

Megan Thee Stallion and Beyoncé also made history at Sunday’s Grammys by becoming the first female pair to win in the best rap performance category for their remix of “Savage.” The Houston-born rapper thanked Bey in her emotional speech.

“Thank you, Beyoncé. I still can’t even believe this. What? Me? Thank you, hotties! Thank you, Houston!”