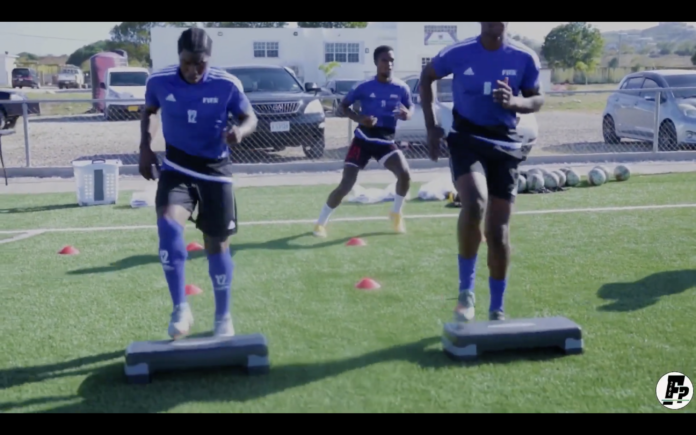 Seven players of Antigua and Barbuda national football team are stuck in Curacao.

According to reports, the seven England-based members of the delegation were barred from the charter flight which took the delegation from Curacao to the US Virgin Islands for the team’s second World Cup Qualifier on Saturday.

Antigua and Barbuda Football Association General Secretary Rohan Hector told  the local TV  stationthe 37-member delegation had been given prior approval to travel to Curacao and USVI for the two opening games of the campaign against Montserrat and USVI respectively.

However, the decision was taken by Federal officials in Puerto Rico who administer the airspace in USVI to bar the seven members from traveling.

This is in line with COVID-19 safety protocols for Britons travelling to US territories. Hector says the decision of the Federal authorities superseded the previous clearance given to the entire delegation by border officials in the USVI.

The assistance of World Football’s governing body FIFA has been enlisted to broker a resolution to have the seven allowed into the USVI.

Even as time is running out ahead of Saturday’s match against the USVI, Hector remains hopeful the players and coaches, who remain ensconced in their hotel in Curacao, will be given the greenlight to join the rest of the delegation in St Croix.

He says he is also confident in the team already in the USVI, in the event the frantic efforts fail in brokering a resolution.