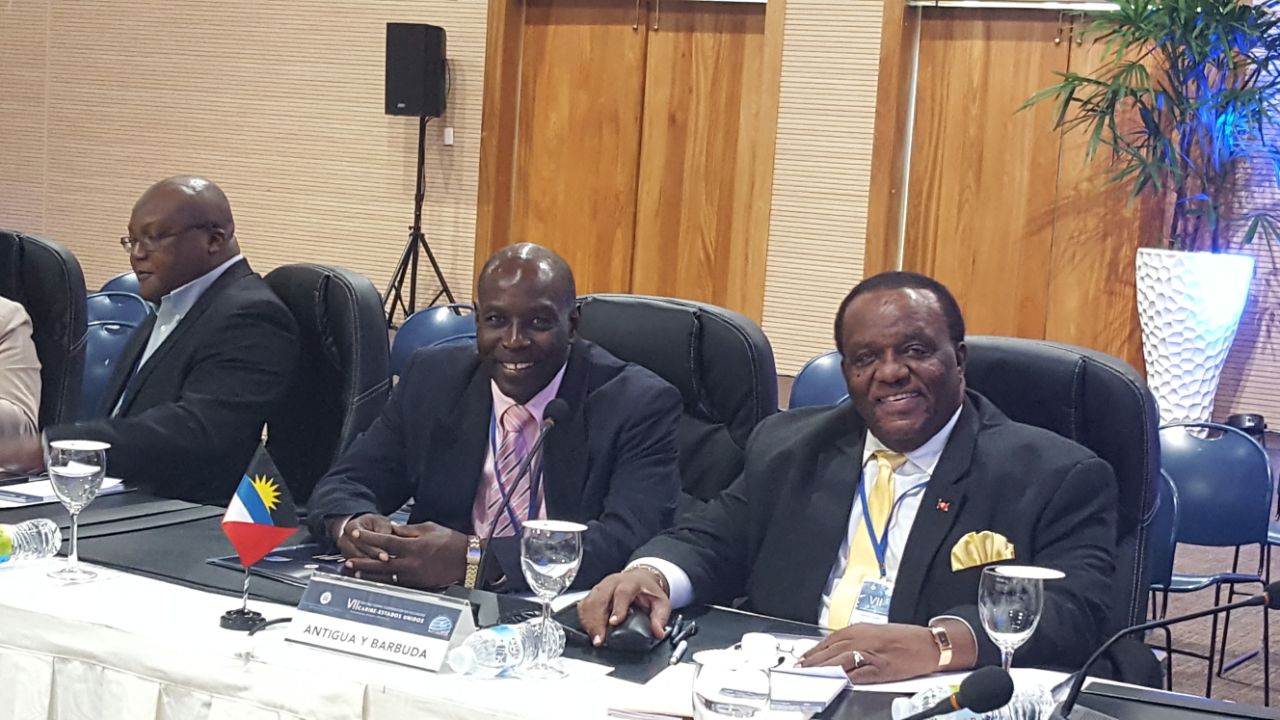 Public Safety Minister Steadroy Cutie Benjamin recently returned to Antigua and Barbuda where he attended the 7th Caribbean-United States Security Cooperation Dialogue, under the theme “Towards a More Effective Partnership and Integration for Citizens Security”.

Minister Benjamin was very impressed with the meeting on a whole and its effectiveness and noted that during the Caribbean’s presentation by Major General Stewart Saunders National Security advisor of St. Kitts and Nevis under the topic “Regional Collaboration for Law Enforcement and Combating Transnational Organized Crime”, quoted statistics concerning crime activity and data in the region

Illegal guns accounted for 82% of homicides in Bahamas, 81% in St. Kitts and Nevis, 70% of homicide in Jamaica and Trinidad and Tobago. (Jacqueline Charles: The Secret in Paradise, Violence Mars Caribbean Life – May, 2017)

Minister Benjamin agreed with the findings that gangs are responsible for most crime and violence in the Caribbean; he noted and supported the view that the victims of homicides are concentrated in neighborhoods with high physical disorder, low trust amongst neighbors and the presence of negative controlling influences by gangs.

He supports the view also that illegal arms, ammunitions and the drugs trades continue to be strong motivating factors in homicides, made worst by the revenge attack syndrome which displays no boundaries as women, children and even the aged and infirmed are targeted victims.

The Minister was satisfied that attention will be given to areas of concern and assistance granted especially to countries such as Antigua and Barbuda which have displayed a positive approach and have a reasonable success rate in combating crime in their societies.

Antigua and Barbuda has already established an Anti-Corruption Unit which will be given assistance in drafting appropriate legislation in its fight towards crime prevention. Assistance has also been promised to tackle Gender Affairs and problem affecting youth to equip them with skills to make them useful and productive citizens and to avoid their involvement in unlawful and criminal activities.